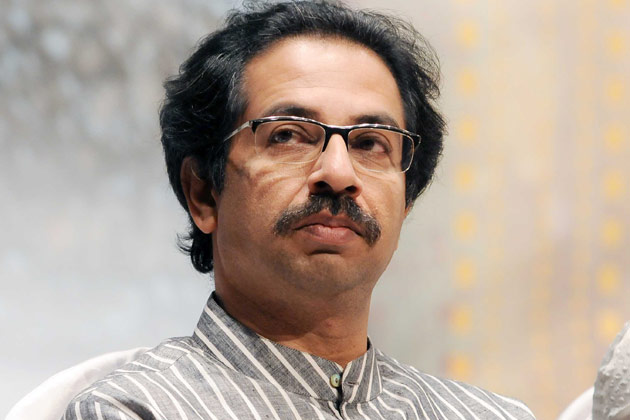 After threatening the BJP of quitting the alliance, Shiv Sena has now done a U-turn and has now hinted for a truce.
A day after it emerged as the single largest party but fell short of a majority in the civic elections held in Kalyan-Dombivali, adjacent to Mumbai, the Shiv Sena today hinted at a truce with BJP, saying whatever happens during polls is temporary.

The BJP sharply increased its tally in the elections to the Kalyan-Dombivali Municipal Corporation (KDMC), the results of which were declared yesterday.

“There was a lot of mudslinging (between the BJP and Shiv Sena) while campaigning for the KDMC election…but, we need to respectfully accept the verdict given by the people. Whatever happens during election is temporary and we should let bygones be bygones,” an editorial in Sena mouthpiece ‘Saamana’ said on Tuesday.

At the same time, the Sena also pointed out that in other municipal councils, the BJP had not performed well and that Chief Minister Devendra Fadnavis should introspect what led to a change in the mood of the masses in just one year of his government’s rule.

“The Vidarbha region stood firmly behind the BJP during the Assembly elections. But, the picture is not the same today. The Congress and the NCP have performed well in several municipal councils across the state. The chief minister should introspect what caused people’s mood to change in just one year,” the editorial said.

The Sena emerged as the single largest party in the KDMC election yesterday, bagging 52 seats, but fell short of a majority in the 122-member body.

The Raj Thackeray-led Maharashtra Navnirman Sena (MNS) bagged nine seats, while Congress and the NCP were relegated to the fourth position with three seats each.