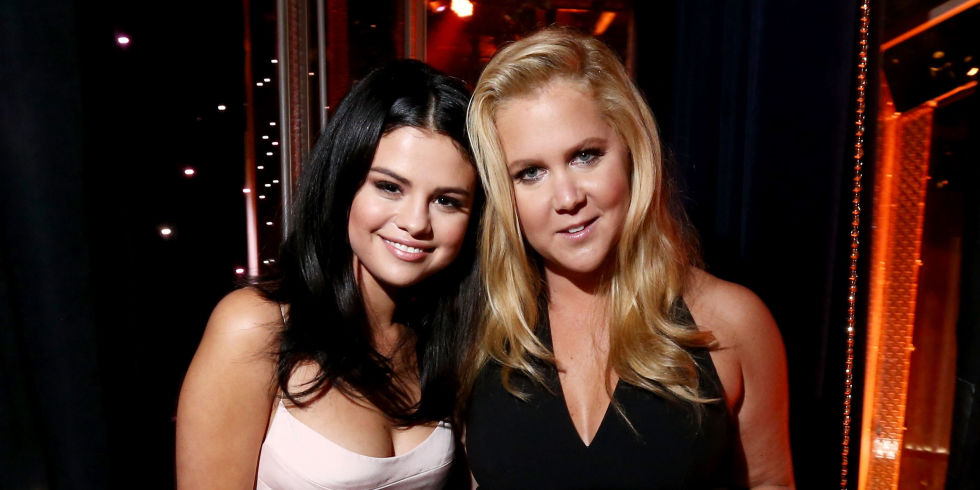 Pop star Selena Gomez revealed her “obsession” with comedienne Amy Schumer when she presented her with the Hollywood Comedy honour at the Hollywood Film Awards.

The “Come and Get It” hitmaker was delighted to be asked to present the “Trainwreck” star with the Hollywood Comedy Award, joking she did not think she would have been first choice but was still thrilled to share a stage with the funnywoman at the Beverly Hilton Hotel.

“I talk about her obsessively. I’ve tweeted her often. I try to impersonate her and it doesn’t really work. I actually just met her so basically what I’m saying is I’m really happy that clearly Jennifer Lawrence wasn’t able to do this tonight because I love you,” she said.

Gomez, 23, also praised Schumer for being inspirational and the first comedian “to speak to the women of her generation.”

“Amy, you’ve inspired me not take myself too seriously when I sit on my couch and I’m depressed about certain things.

“You constantly made me feel I’m a bad ass even though most of the time I’m not. You say the things I wish I could say and you never ever make feel bad about anything I do in my personal life.