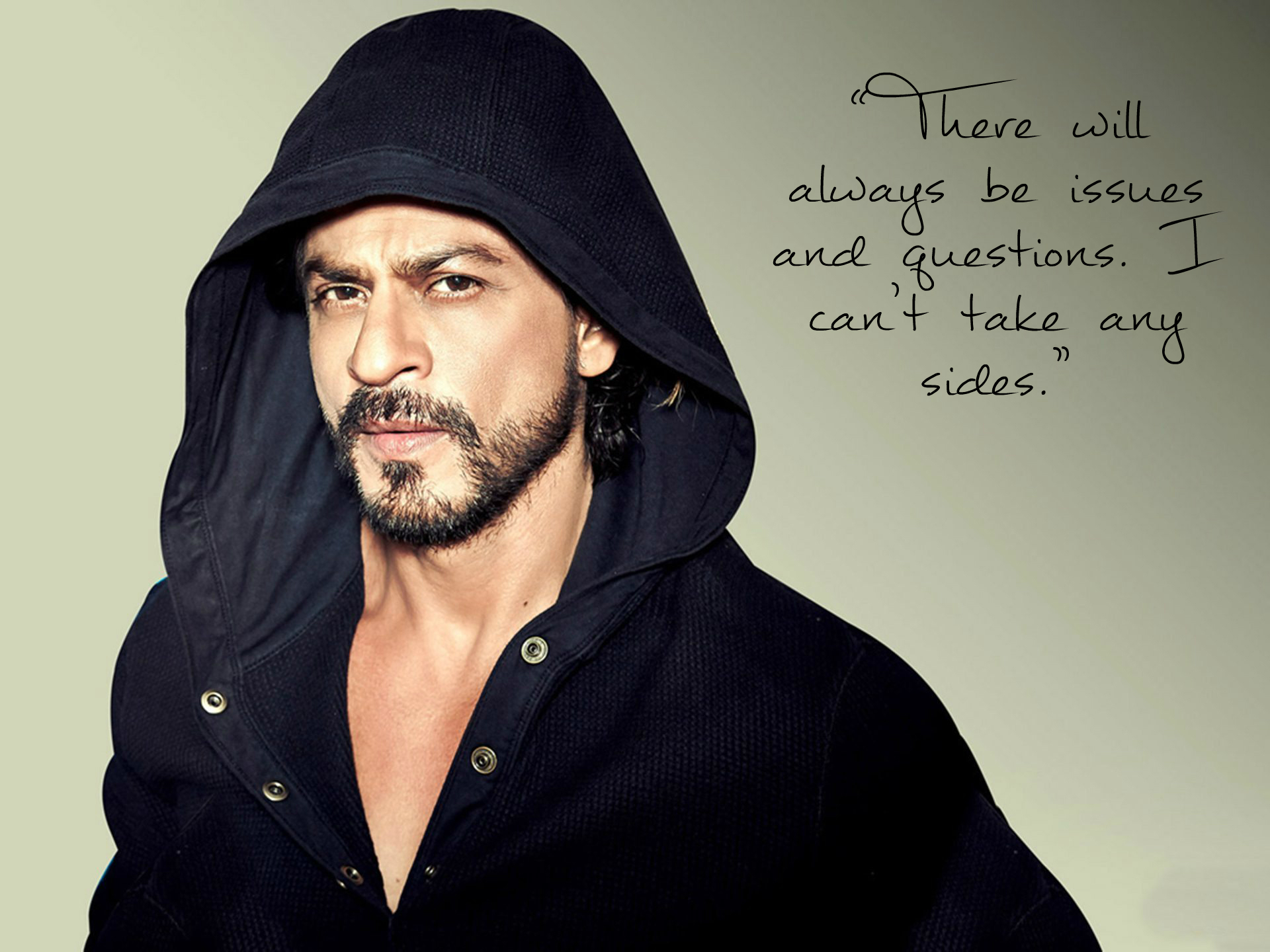 You can love him or hate him but surely can’t ignore him! King Khan isn’t just a great actor, he’s also absolutely witty. His remarks are often spontaneous and are rib-tickling at the same time.

NewsMobile brings you a list of some of his witty quotes which will definitely leave you stunned.

1. “Don’t become a philosopher before you become rich.”

2. When SRK was asked, “Salman Khan was moved to tears during your stage appearance together at Sensations 2005, when you said kind words about him. Is your relationship going well now?”
SRK replied: “Yeah, it’s going really well. We’re planning to have a baby together soon.”

3. At the launch of one of the seasons of IPL, as SRK owns Team KKR, Mandira Bedi asked him, “Do you think having Shilpa Shetty (Rajasthan Royals) and Preity Zinta (Kings XI Punjab) as rival team owners will sour their relations with you?”
SRK, who has worked with Mandira in the cult classic ‘Dilwale Dulhania Le Jayenge’, had a perfect reply: “Well, I hope not. You see, I started both their careers. And as far as I can remember, I started yours too.”

4. SRK has always been seen tweeting about his kids. So, has it affected his career?
The witty star has an answer. “Yeah, I treat all my heroines as my kids now. I pick them up, cuddle them. I call them baby…”

5. Reporter: You are so good looking. Do you wake up like this?
SRK: No. I have to go through plastic surgery every morning.

7. Ask him about his sexuality, SRK says, “I’m not a bisexual. I am a Tri-Sexual. I try everything.”
“Whenever I start feeling too arrogant about myself, I take a trip to the US. The immigration guys kick the star out of my stardom…”

8. “One thing I teach my children and want everyone to know that even if you happen to be on a pedestal you should have the capacity to turn around and say, ‘I don’t know’. We are scared to go wrong. Downfall is part of life.”

9. “As an actor you’re only supposed to be a lover. I am a romantic hero though I don’t like that tag. With all the hardships, problems, illness, goodness, badness, awards and money… an actor will always be a lover. And a lover makes mistakes. You’ll be silly, nonsensical and stupid.”

10. Karan Johar, on a Koffee With Karan episode: “If you woke up one morning and found out that you have turned in Aamir, you would…?”
“I would tell the world that Shahrukh is the better actor.”