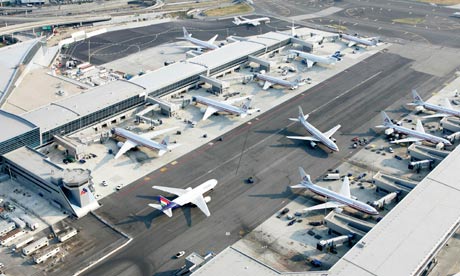 New Delhi: Arunachal Pradesh Governor J P Rajkhowa has urged Prime Minister Narendra Modi to reconsider the decision to set up a green field airport in the state in view of the “high cost” saying upgradation of an airport in nearby Assam would be economically more viable.

In a letter to the Prime Minister, the Governor said the Greenfield airport at Hollongi would cost about Rs 1,150 crore of which land compensation would be about Rs 500 crore.

Rajkhowa said in view of the “high cost”, public leaders like Tamiyo Taga, leader of opposition in the Arunachal Pradesh Assembly, some students organisations and social activists met him recently and suggested that instead of a new airport at Hollongi, existing Lilabari airport, adjacent to Lakhimpur district in Assam, should be upgraded at a much lower cost as no land acquisition would be needed.

“Besides, the general people want better roads as the existing PWD roads in the twin cities of Itanagar and Naharlagun as also the National Highways are in terrible and dangerous shape due to lack of any maintenance. Your urgent intervention is solicited in public interest,” he wrote in the letter.

According to Taga many of the people in Arunachal Pradesh think that the airport at Hollongi would not come up anytime soon due to the high cost.

“How long the people of Arunachal Pradesh would suffer. That is why I have suggested that Lilabari airport in Assam should be urgraded,” Taga said.

Sources said, as per the plan, the proposed greenfield airport project at Holongi in the Papum Pare district of Arunachal Pradesh, will be built by the Airports Authority of India (AAI) over an area of 320 hectares.

When completed, the airport will be able to accommodate narrow-body jets like the Airbus A321 in the first phase. It will facilitate direct flights from Arunachal Pradesh to rest of the country.

The project will also include a five-star hotel and convention centre. Arunachal Pradesh Chief Minister Nabam Tuki has recently urged the Centre to fast-track the process of setting up a greenfield airport near Itanagar to facilitate direct flights to the rest of the country.

Tuki also had a detailed meeting with Civil Aviation Minister Ashok Gajapathi Raju in September and requested him to do the needful for getting all clearance for the project to construct the greenfield airport at Hollongi, near capital Itanagar.