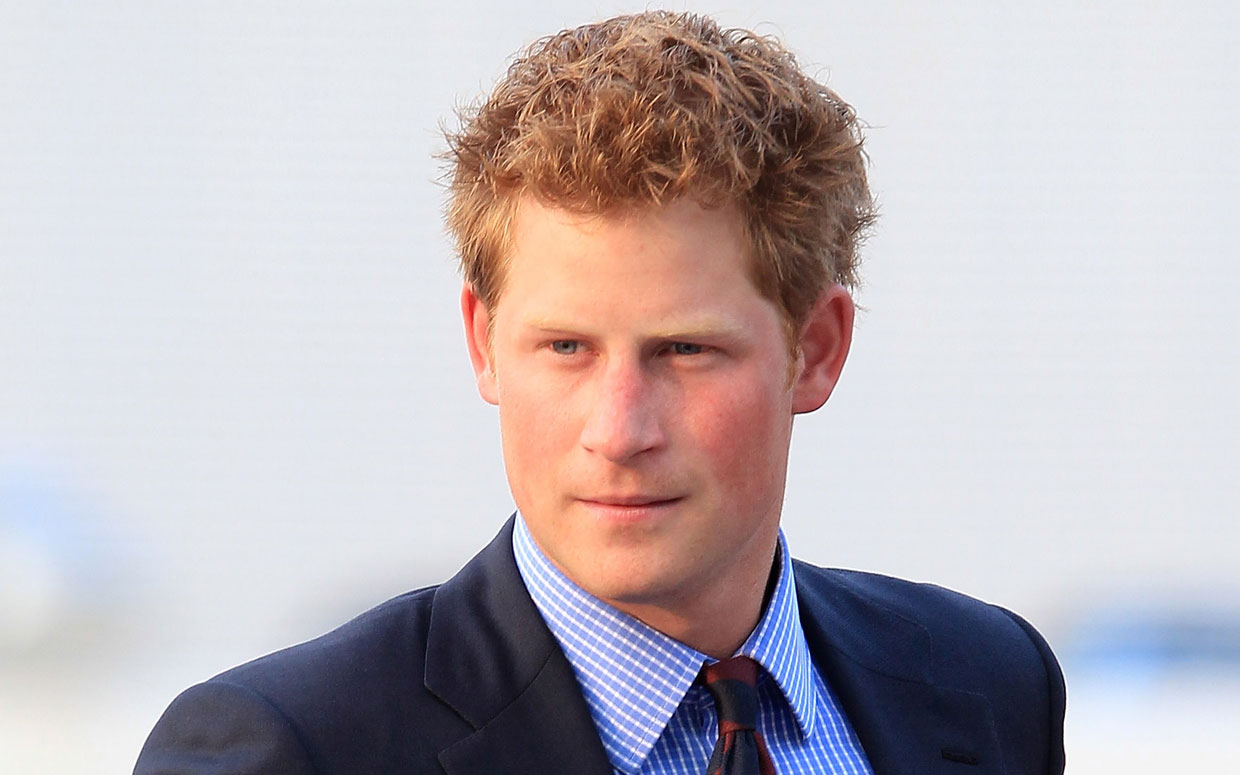 Known for his wild attitude, teenage escapades “drinking and weed-smoking at just 17“ he is the rebellious, ‘wild child’ of the Royal Family.

Choosing a military career, he established himself as a dedicated soldier, fighting the Taliban.

The Royal redhead is patron to several organizations including ‘London Marathon Charitable Trust’ and ‘Walking with the Wounded’.

Prince Harry of Wales was born Henry Charles Albert David on September 15, 1984. He is the younger son of Charles, Prince of Wales, and Diana, Princess of Wales.

His paternal grandparents are Queen Elizabeth II and Prince Philip, Duke of Edinburgh. Prince Harry is the fourth in the Line of succession to the British throne, after Prince George of Cambridge, the only child of the Duke and Duchess of Cambridge.

His mother wanted him to have a broader range of experiences than previous royal children and took them to venues that ranged from Disney World and McDonald’s to AIDS clinics and shelters for the homeless.

Harry began to accompany his parents on official visits at an early age; his first overseas royal tour was with his parents to Italy in 1985.

He studied at Mrs Mynors School, Wetherby School, Ludgrove School; and from 1998, he joined his brother to do his GCSEs and A-Levels at Eton College.

After graduation, Harry spent a gap year traveling. He primarily lived in Australia; however, he also travelled to Lesotho, where he volunteered with orphaned children.

Harry entered the Royal Military Academy Sandhurst in 2005. He underwent 44 weeks of training there and, in April 2006, joined the Household Cavalry as a Second Lieutenant.

In 2007, Harry began training for possible war zone deployment. His status as a royal posed certain security challenges to the army, however, in February of 2008, Harry began his tour of duty in Afghanistan. He served for two months.

At the age of 21, Harry was appointed as a Counsellor of State. To aid Sentebale, and the Diana, Princess of Wales Memorial Fund and Centrepoint, Harry and his brother organised the Concert for Diana at Wembley Stadium, in 2007.

Sport has been a way that Harry has helped charities and other organisations, he has participated in polo matches, to raise money for charitable causes.

In 2012, Harry led an official visit to Belize as part of the Queen’s Diamond Jubilee celebrations.

To mark the World War I centenary, on 4 August 2014, Harry attended the unveiling of the Folkestone Memorial Arch in Kent.

Harry liked to party. He was found at age 17 smoking cannabis and partaking in under-age drinking with his friends, clashing physically with paparazzi outside nightclubs.

He was photographed at Highgrove House at a “Colonial and Native” themed costume party wearing a Nazi German Afrika Korps uniform with a swastika armband.

In 2002, reports of Harry ‘s illegal activities made tabloid headlines. Harry admitted his misdeeds to his father who made the young royal visit a South London rehabilitation center to see firsthand the dangers associated with drug use.

In early 2009, Harry faced criticism for his insensitivity. Videos of him from 2006 surfaced and depicted him using a derogatory term for a fellow Pakistani soldier.

Harry apologized for his comments, and the army ordered him to undergo sensitivity training.

While on holiday in Las Vegas in August 2012, Harry was photographed naked in a Wynn Las Vegas hotel room, reportedly during a game of strip billiards.

The pictures were leaked by American celebrity website TMZ. The photographs were shown by the American media, but British media were reluctant to publish them.

Chelsy Davy was referred to as Harry’s girlfriend in an interview conducted for his 21st birthday. In 2009, it was reported the pair had parted ways after knowing each other for five years.

Harry was introduced to girlfriend Cressida Bonas, by his cousin Princess Eugenie in May 2012.

Bonas accompanied Harry to an official engagement for the first time in March 2014. However, a month later, it was announced that the couple had parted amicably.