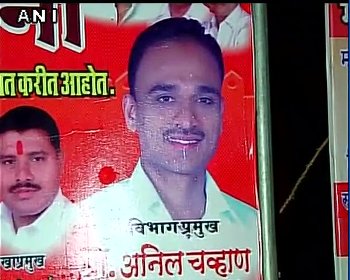 Mumbai: After hogging the limelight with their anti-Pakistan antics, there is fresh trouble for the Shiv Sena, as one of their leaders, Anil Chauhan was shot at by two unidentified men in Mumbai on Tuesday.

Chauhan was rushed to the hospital and admitted after he was shot in the head by two men around 8:15 p.m.

“He has been admitted to the KEM hospital. An FIR has been lodged and the investigation into the case has begun,” Deputy Commissioner of Police Avinash Amburey told the media.