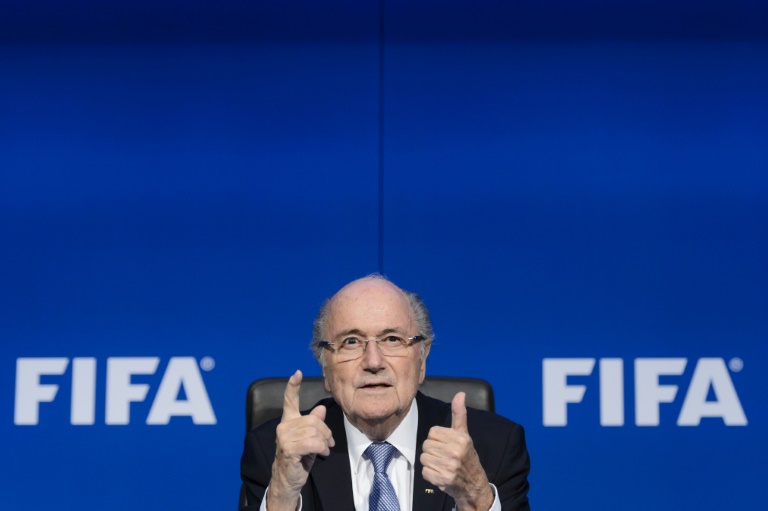 “It was also those who had lost (hosting) the World Cups.

He said he as boss of FIFA and the World Cup had become pawns in a political game.

“The football World Cup and the president of FIFA were only a ball in the middle of a game between super powers.”

For Blatter, Platini, the suspended head of European football and one of seven candidates for the February 26 election to succeed him, was the root cause of the scandal.

“Platini wanted to be FIFA president, but he didn’t have the courage to put himself forward (in the May 29 election in which Blatter saw off Prince Ali Bin Al Hussein for his fifth term of office).

“And now look where we are! And the victim of all this at the end of the day is Platini himself!”

Both Blatter and Platini are serving suspensions from all football-related matters over a $2million (1.8 million euro) payment the UEFA boss received from Blatter on behalf of FIFA in 2011 for consultancy work carried out years before.

Blatter is facing criminal proceedings over the payment and the sale of cut-price television rights.

The ban means Platini, one-time favourite to succeed Blatter, can take no part in the election campaign until the suspension is lifted and he is cleared of any potential wrongdoing.

FIFA announced Wednesday that Platini was one of seven official candidates to succeed Blatter.