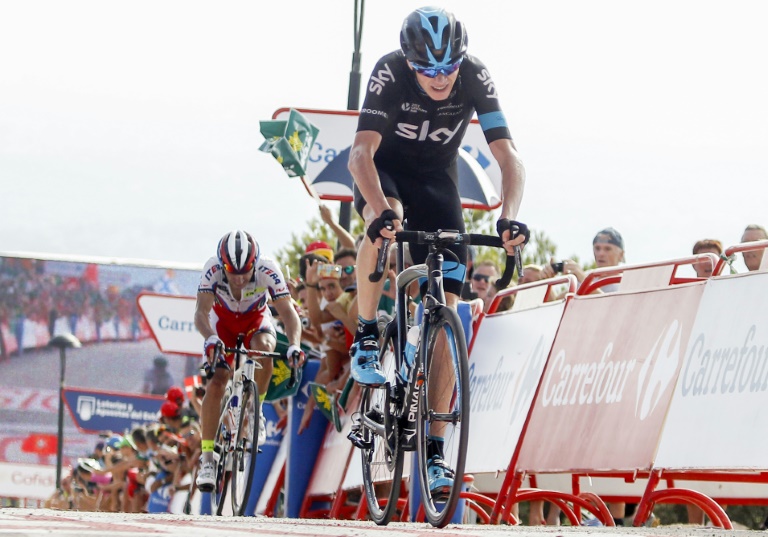 Chris Froome will always find it harder to win the Tour de France than his rivals because of the doping suspicions that follow him, his Team Sky manager Dave Brailsford believes.

Speaking after the 2016 Tour route announcement in Paris on Tuesday, Brailsford said the negative publicity his rider is subjected to makes things more difficult for him than his competition.

“We’re all about performing in the right way and that’s what we’ll continue to do,” said the Sky chief.

“People will make their own judgements, we said enough about it this year.

Froome and his Sky teammates were subjected to a series of unsavoury incidents during this year’s race, in which the 30-year-old earned his second overall victory at the Grand Boucle.

The Kenyan-born Brit had urine thrown at him, his Australian teammate Richie Porte was punched and several Sky riders, Froome included, were spat at.

Geraint Thomas was knocked off the road, into a pylon and down a ravine by an over-ambitious overtaking manoeuvre from Frenchman Warren Barguil.

In addition, Froome was attacked by Vincenzo Nibali when suffering a mechanical problem in the antepenultimate stage (breaking a taboo about not attacking the yellow jersey when he suffers a mechanical), while television cameras caught an enthusiastic elderly gentleman giving Froome a theatrical ‘arm of honour’ — an offensive gesture known as ‘up yours’ in English — as he passed.

It was a case of overcoming trials and tribulations for Froome in an often hostile environment in which French media, in particular, constantly questioned him over doping and even whether or not he was using a motorised bicycle.

Time and again, Froome was asked to justify his performances, even though he won only one stage during the race, the 10th and first with a summit finish, on Bastille Day.

A French television programme also blind-sided Brailsford live on air with what they prematurely announced as “proof” that Froome couldn’t be clean, with a rudimentary interpretation of his power data.

While Brailsford admits that Froome is affected by the negative publicity, he says it won’t discourage the rider from ploughing on with his goals.

“He doesn’t enjoy it for sure when it happened, but you don’t think about that when you’re a bike racer and you want to win,” said Brailsford.

What really made the difference for Froome in 2015 was his consistency. While all his major rivals dropped time in unexpected places, either by getting caught behind a crash or losing form at a critical moment, Froome performed well every time a question was asked of him.

In the end, his winning margin was only 1min 12sec from Nairo Quintana — less than the time the Colombian lost on the windy second stage when he got caught behind a crash caused by crosswinds.

Froome himself believes next year’s route will suit his all-round abilities.

“It’s going to be a Tour that really tests all aspects of the complete cyclist.”

And these days, the complete cyclist needs a thick skin, particularly if he’s a British champion of France’s favourite event.