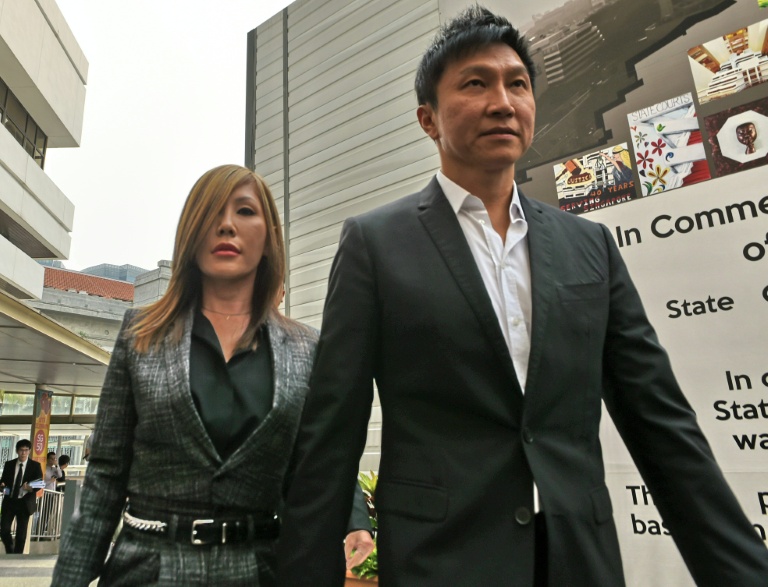 Six religious leaders in Singapore who used $36 million in church funds in a failed bid to turn the pastor’s glamorous wife into a global pop star were convicted Wednesday of fraud.

After a two-year trial that captivated Singapore with tales of lavish spending and financial deceit, pastor Kong Hee and five aides were found guilty of diverting Sg$24 million ($17 million) to finance his wife Sun Ho’s music career, which was portrayed as a religious mission.

The six were also found guilty of misappropriating another Sg$26 million from City Harvest Church to cover their tracks, prosecutors said.

Ho, who starred in a music video with rapper Wyclef Jean, was not charged.

The church said Ho’s music could be used to attract followers to the sect.

On Wednesday, Judge See Kee Oon found the accused guilty of criminal breach of trust or falsification of accounts, or both.

The maximum penalty for criminal breach of trust, which all six were convicted of, is life imprisonment, according to the penal code.

The six were granted bail before their sentencing date, which has not yet been set.

The glamorous couple fell from grace after the leaders were charged in 2013 and the court was told how church funds were spent on music videos, marketing and a luxurious lifestyle.

Prosecutors said Kong and his subordinates engaged in a practice called “round-tripping” by channelling money allotted for a church building fund into sham bonds in linked companies so they could finance Ho’s music career.

They falsified church accounts to make it appear the bonds were redeemed, prosecutors say.