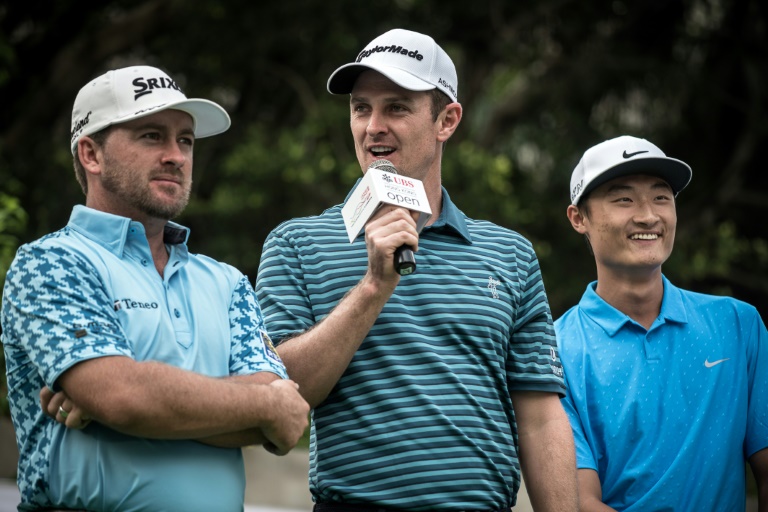 Former major winner Graeme McDowell heads to the final tournament of the regular European 2015 tour season looking to salvage some pride and points after what he admits has been a disappointing year.

The Hong Kong Open, which runs from Thursday until Sunday, has also attracted a host of other household names including Justin Rose, Dustin Johnson and Patrick Reed — as well as late entry Ian Poulter, who replaced Rich Beem at the last minute.

The event will also showcase new talents such as 20-year-old Li Hao-tong from China, playing in what he considers his “second home”.

McDowell, who won the 2010 US Open, admitted to journalists ahead of the start of the competition he had not had a vintage season, but insisted his form had started to improve since the PGA Championship.

“It’s been a quiet year for me, but I feel like I’ve turned a corner. My game’s been strong for the last few months,” he said.

“I’ve got (a tournament in) Turkey next week and I’m looking to finish out strongly and get my confidence back.

“It’s been a hard year but I’m looking forward to good times ahead.”

The revitalised Hong Kong Open, for which the prize money has been almost doubled to US$2million from US$1.3million last year, has been reinstated as the final event of the regular European Tour season for the first time since 2012.

It means it is now a pivotal date immediately preceding the highly lucrative “Final Four” playoff series of tournaments in the “Race to Dubai” for which only the top 60 on the money list will qualify.

Many competitors in the venerable showpiece in the New Territories, which was first staged in 1959, will be looking anxiously ahead to potential places in the Ryder Cup and the Olympics next year.

The defending champion, Australia’s Scott Hend, touched on the importance of clinching victory when he described the impact of winning in 2014.

“It was my first European Tour win,” he said. “For me it feels like a bit of a privilege to get back out and play against these guys,” he added, gesturing to players such as Rose, the world number seven and 2013 US Open champion, and Johnson, the world number eight, at a pre-tournament press conference.

“It was great to win here especially with the history behind the tournament.”

The Australian arrives in Hong Kong in good form having won his seventh Asian Tour title in Macau last week and insists he is not feeling under pressure at the event, which is co-sanctioned by the Asian Tour and European Tour.

“It’s always nice to have another victory in the bag which sets you up nicely for a good title defence. Iâ€™m playing well and I’m feeling good,” he said.

But it will be a tough challenge to replicate last year’s triumph as he is faced with one of the best fields in recent years with no fewer than 30 Asian Tour champions, including seven merit winners, all preparing to do battle on the greens.

One key challenger, big-hitting American Johnson who agonisingly lost on the final green of the US Open this year, said he was ready for the traditional tree-lined tight Hong Kong course.

“More importantly you got to hit the fairways and avoid the rough to stand a good chance this week,” he said.

Johnson already has good memories of China, having won the WGC-HSBC Champions in Shanghai two years ago, and he regards Hong Kong as ideal preparation as he attempts to regain that crown in just a fortnight at Sheshan Golf Club.