Home Sports Isner and Monfils both win in Vienna 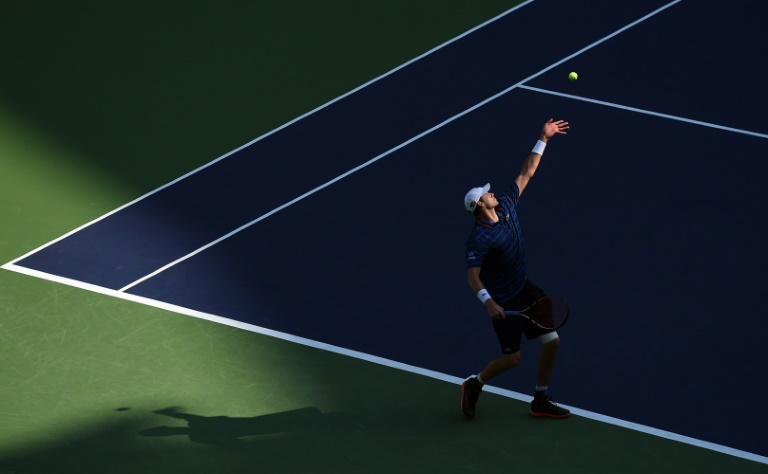 American John Isner rained down 16 aces in an opening victory at the Austria Open on Tuesday as the third seed kept up a long-odds bid for an ATP year-end finals spot.

One of the tallest men in tennis defeated an opponent he called “a left-handed version of me,” advancing to the second round over Frenchman Kenny De Schepper 7-6 (7/4), 7-6 (7/5).

Isner did not face a break point in the victory lasting almost one and three-quarter hours at the Stadthalle.

Isner had a match point in the penultimate game, which he missed before serving out the victory 7/5 in a tight deciding tie-breaker.

He next lines up against Ernests Gulbis after the patchy Latvian ended an ATP-level five-match losing streak stretching to last August with his opening victory on Monday.

“I’m very happy with this performance,” said Isner, who stands provisional 12th among five other rivals battling for the last two places in the eight-man field for next month’s World Tour Finals in London.

“My goal is to try and make London but (Vienna top seed David) Ferrer is so many points ahead (on provisional eighth). It’s not a problem if I don’t make it – at least I will have tried my best.

Isner said that advancing past 123-ranked De Schepper was not easy. “It came down to a few points, which I was able to win.

“I like the conditions here, the court and the balls are fantastic,” said the player who lost in the 2009 first round on his only other appearance in the Austrian capital.

Sixth seed Gael Monfils said he will feel the post-match pain in his body after working hard to defeat Brazil’s Thomas Bellucci 6-7 (5/7), 6-3, 6-4.

The Frenchman was playing his his first match since retiring in the US Open first round on August 31 with a lower back injury.

It took Monfils two and a half hours to prevail after losing a break in the opening set and being stretched all the way in a three-setter.

“I’m happy to come back with a win. it’s been a long time since I was on a court,” he said. I was not able to do anything for six weeks.

“I’ve had just five or six days of practise, so I’m sure I will be quite sore tomorrow.

“I knew coming into the match that I had to play well. I don’t think it went too badly. I lost a bit of rhythm in the first set and that turned it into a long match. We will see how I pull up for the next match.”

Unseeded Italian Paolo Lorenzi of Italy spent two and a quarter hours getting past Rajeev Ram 6-7 (4-7), 6-1, 6-4, winning thanks in part to 16 aces. Sergiy Stakhovsky of the Ukraine beat Germany’s Jan-Lennard Struff 6-4, 6-4.

In addition to Ferrer and Isner, two more London contenders are trying to add points in Vienna this week plus two more remaining in the ATP regular season.

Shanghai finalist Jo-Wilfried Tsonga, who arrived in Vienna only Tuesday night, will make his start on Wednesday in the first round against 37-year-old wild card Tommy Haas while South African Kevin Anderson also begins play.