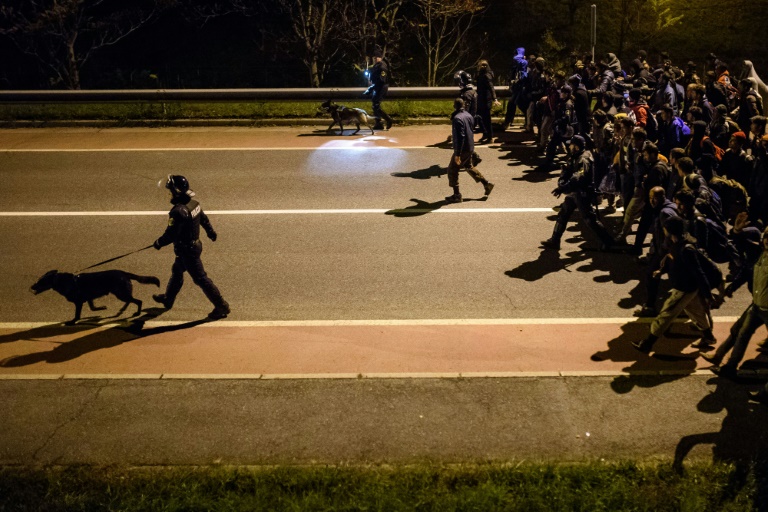 The European Union on Wednesday announced a mini-summit with Balkan countries on the migrant crisis, as small Slovenia became the latest bloc member to buckle under a surge of refugees desperate to reach northern Europe ahead of winter.

The leaders of Austria, Bulgaria, Croatia, Germany, Greece, Hungary, Romania and Slovenia will meet their counterparts from non-EU states Macedonia and Serbia on Sunday, the office of European Commission President Jean-Claude Juncker said.

“In view of the unfolding emergency in the countries along the western Balkans migratory route, there is a need for much greater cooperation, more extensive consultation and immediate operational action,” a statement said.

The continent has been struggling to find a unified response on how to tackle its biggest refugee crisis since 1945.

More than 600,000 migrants and refugees, mainly fleeing violence in Syria, Iraq and Afghanistan, have braved the dangerous journey to Europe so far this year, the UN said.

The goal for many travelling along the western Balkan route is the EU’s biggest economy Germany, which expects to take in up to one million refugees this year.

Since Saturday, when Hungary sealed off its border with Croatia, more than 21,455 migrants have arrived in Slovenia, a nation of two million people.

In response to the crisis, Prime Minister Miro Cerar on Tuesday asked the EU for backup from police forces in other EU countries and extra equipment for its own officers.

Under the measures, soldiers can detain people and hand them over to police, as well as issue orders to civilians in the border area.

“The last 24 hours have been the toughest and most demanding since the start of the crisis,” the Slovenian government said, warning it was “delusional” to expect small countries to succeed where larger ones had failed.

EU Commissioner for Migration Dimitris Avramopoulos is expected to visit Slovenia on Thursday to discuss the request.

Between 8,000 and 9,000 people arrived in Slovenia on Tuesday, according to local media, after a long and gruelling trek through Greece, Macedonia Serbia and Croatia.

There were reports of brief tensions between migrants and police in the country’s biggest refugee camp near the Austrian border.

Meanwhile, several hundred more migrants were waiting in cold weather near the Croatian border to cross into Slovenia on Wednesday morning, an AFP reporter said.

Progress was slow as police at the Berkasovo checkpoint were only allowing a trickle of people through.

Croatia also sent extra security forces to the border to prevent migrants from crossing into fields and entering Slovenia through its green border.

Meanwhile, a fire broke out briefly on Wednesday morning at a refugee camp near another Croatian border crossing. Several tents suddenly caught fire at the Brezice camp, with black smoke billowing into the sky. Firefighters managed to extinguish the blaze, whose origin remained unclear.

With at least 9,000 people landing on Europe’s beaches every day, there appeared to be no end in sight to the continent’s biggest migration wave since World War II.

EU member the Netherlands announced Wednesday it had received a record 8,400 asylum-seekers in September, the highest-ever number received in one month.

Last month, the EU announced plans to relocate 120,000 asylum seekers from overstretched frontline states Italy and Greece with a compulsory quota system that was fiercely opposed by some eastern, more hardline members of the bloc.

The plan requires most of the 28 member states to accept a share of 160,000 people from the two Mediterranean nations over two years.

So far only 19 Eritrean asylum seekers have been relocated from Italy to Sweden although another 100 people are due to be flown to other cities in the coming days.

Out of the 23 member states that are legally required to admit a share of the human burden, only six have offered immediate places so far — Austria, France, Germany, Luxembourg, Spain and Sweden, the source said.

Member states have also been slow to follow up with promised financial help — out of the 2.8 billion euros ($3.2 billion) pledged at an emergency EU summit on September 23, only about 474 million euros has materialised.

In a related development, the EU’s border agency said member states had provided less than half of the personnel it had requested to help out in overstretched locations in Greece and Italy.