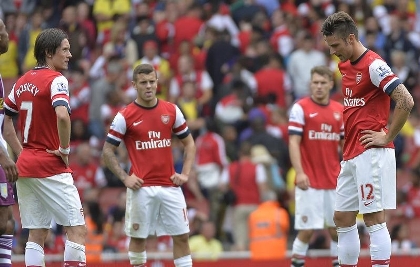 London: Arsenal produced a resilient performance as they secured a thrilling 2-0 win over Bayern Munich to revive their hopes of reaching the Champions League knockout phase at Emirates Stadium.

Substitute Oliver Giroud changed the complexion of the match and consequently of Group F when he came off the bench in the 74th minute and put the Gunners ahead with a header three minutes later, the Guardian reported.

Subsequently, Mesut Ozil doubled the lead in the final minute to hand Arsenal a memorable win.

The match also saw superb display by Laurent Koscielny, Per Mertesacker and goalkeeper Petr Cech. With the win, Arsenal also ended Bayern’s run of 12 successive wins in all competitions.