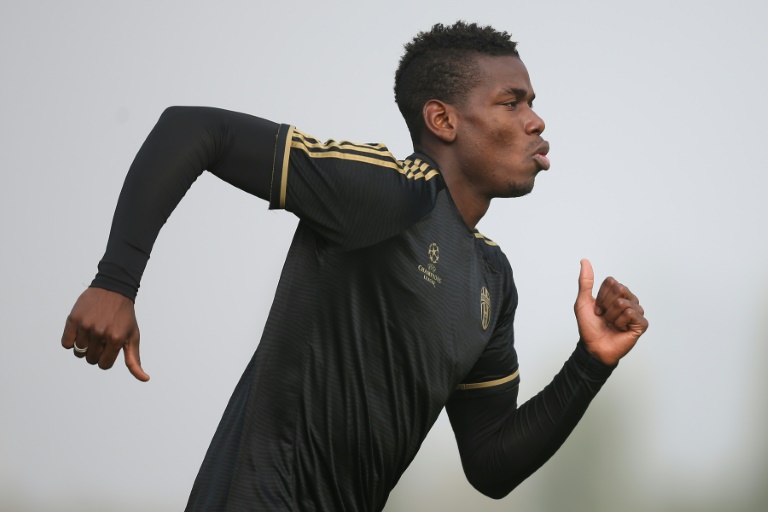 Juventus coach Massimiliano Allegri has called on under-fire Paul Pogba to defy his critics when the Italian champions host Borussia Monchengladbach looking to edge closer to the Champions League last 16 on Wednesday.

France midfielder Pogba is routinely touted as one of the most sought-after players in the world, but the Juventus midfield star has failed to live up to expectations so far this season.

His case has not been helped by the summer departures of former midfield companions Andrea Pirlo and Arturo Vidal, and the arrival of Sami Khedira among other new recruits to Juve’s new-look side.

Pogba was virtually invisible during the first half of Sunday’s ‘Derby d’Italia’ away to Inter Milan, re-emerging into focus during an improved second half before the match finished scoreless.

A win at home to Gladbach would make it three out of three for Allegri’s men in Turin on Wednesday, following victories away to Manchester City (2-1) and at home to Sevilla (2-0).

But Pogba, unlike Germany star Khedira, is keeping Allegri occupied.

“During the first half (last weekend) Pogba didn’t play well, then he did. He’s going through a period in which he needs to find himself again and start doing the things he knows how to,” Allegri told reporters.

“He needs to give a lot, and I expect it. Pogba has a lot of room for improvement and has to start asking questions of himself.”

Juventus start as favourites despite Andre Schubert’s side recently overturning their poor start to the campaign with a run of five league wins, including a 5-1 thrashing of Eintracht Frankfurt last weekend.

Similarly, Juve’s Champions League form has been at odds with their Serie A results.

An underwhelming start has left the champions just four points above the relegation zone and nine points behind leaders Fiorentina after eight games.

They are among only six teams with maximum points from their first two games and on Sunday, at a sold-out San Siro, played with a swagger on their way to earning a deserved point.

Part of Juve’s revival is down to Khedira, the Germany international who has only recently returned to the fray following a more than two-month injury absence.

While Pogba is giving Allegri food for thought, Khedira is making him purr.

“He’s among the best in Europe. On Sunday, along with (Andrea) Barzagli, he had an amazing game,” said Allegri.

“He makes few mistakes and is always in the right place at the right time. And he’s not reached full fitness yet.”

Allegri has left doubts over who will start up front, hinting that Mario Mandzukic or even Simone Zaza could partner Alvaro Morata, who has scored in Juve’s five past Champions League outings, in place of Paulo Dybala.

“Zaza is doing really well and he showed that on Sunday, whereas Dybala has to be left in peace to come into his own, just as we did with Morata last year.”

Schubert earlier promised his “aggressive” side would be pressing Juve hard for the win and Allegri expects a harder challenge than last time out when Sevilla failed to spark in Turin.

“It will be decisive if we win, but it will be different to what we faced against Sevilla,” added Allegri.

“They’re coming here with good form, they’ve won the last five Bundesliga games. Given that it’s decisive if one of us wins, we have to play this as a totally one-off game.”