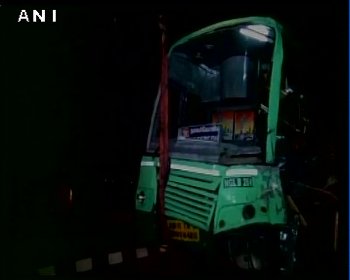 Trichy: At least 10 people were killed and 13 others were critically injured when a state transport corporation bus collided with a truck in Tamil Nadu’s Trichy District on Tuesday night.

The incident took place when the bus, which was going from Chennai to Nagercoil, rammed into a truck parked on the Samayapuram highway.

The injured have been admitted to a nearby government hospital.