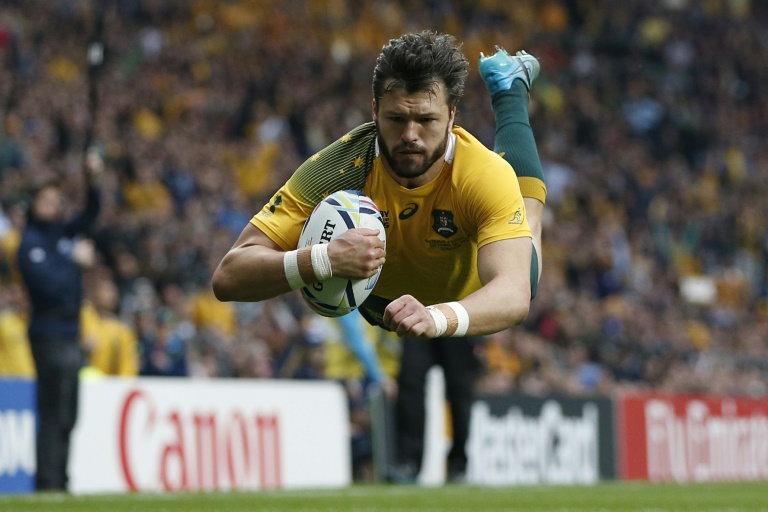 Australia coach Michael Cheika says he will have to up his game to focus Wallaby minds on the stiff challenge posed by Argentina in the World Cup semi-final after their near miss against Scotland.

Cheika said he did not properly prepare his players for the quarter-final settled by a penalty which should not have been awarded.

“I have got to take a lot of responsibility for the team not fulfilling its potential on Sunday,” said Cheika.

“As a coach I let them think too much of the games before, Wales and England, I let that atmosphere stay when I should have just wiped those things out and focused them on the Scottish scrum or whatever.”

Scotland, who lost all five games in the Six Nations tournament this year, came within a minute of ousting the Rugby Championship title holders. Australia got their controversial last minute penalty which Bernard Foley kicked to give the Wallabies a 35-34 win.

Australia had earlier regal in their pool wins over England (33-13) and Wales (15-6) but more uncertain and error-prone against Scotland.

“I don’t think as a coach I performed very well last week in preparing the team for the game and I won’t let that happen again,” he vowed.

Cheika, who in the past year has turned the Wallabies around from a demoralised squad into one that can dream of giving Australia a historic third world title, said he was looking for improvement from his team.

However, he is not going to compromise on the team’s trademark running rugby against a Puma side that also showed their attacking style in their 43-20 humbling of Six Nations champions Ireland in the quarter-finals.

“They’ve been developing their play methodically over the past two years,” said Cheika.

“They are more expansive with good playmakers and they are able to do all that because they have a good base, the scrum.”

Cheika, the only coach to have won the southern and northern hemisphere continental club championships with NSW Waratahs and Irish province Leinster, said to abandon running rugby would be to let down the Australian people.

“These are the key decisons you make as to how you set your team up,” said Cheika.

“Either to stop quick ball or to create quick ball, these are some of the philosophical decisons you try and make.

“We the Australia team have a certain identity in how we play,” Cheika said.

“We want to play that style of footie because we think it is indicative of us, it is our way. I don’t think necessarily it has to be the way for everyone.”

Cheika said the alternative could be just as effective and pleasing to that team’s supporters as he had witnessed when he coached ball-playing Leinster. Their great rivals Munster were more pack-orientated.

A few years ago that would have been the contrast between the Wallabies and a pack obsessed Argentina.

“I really enjoyed when I was at Leinster the different culture and style between Leinster and Munster and how they played their rugby,” said Cheika.

“The way their people really got into the game, they really identified with that way of playing.

“It was part of their province and how they felt and it is the balance between what your supporter base and your people feel and want your team to look like.

“I don’t ever claim that playing running is better than another style, its just how they (Australians) want us to play rugby and what we grew up playing.

“At the end of the day we are very lucky at the opportunity of bringing all those people into the stadium without it being a massacre or a riot or something like that and having a good time.

“We want our team to play our style and make those people happy and pit our style against others.”