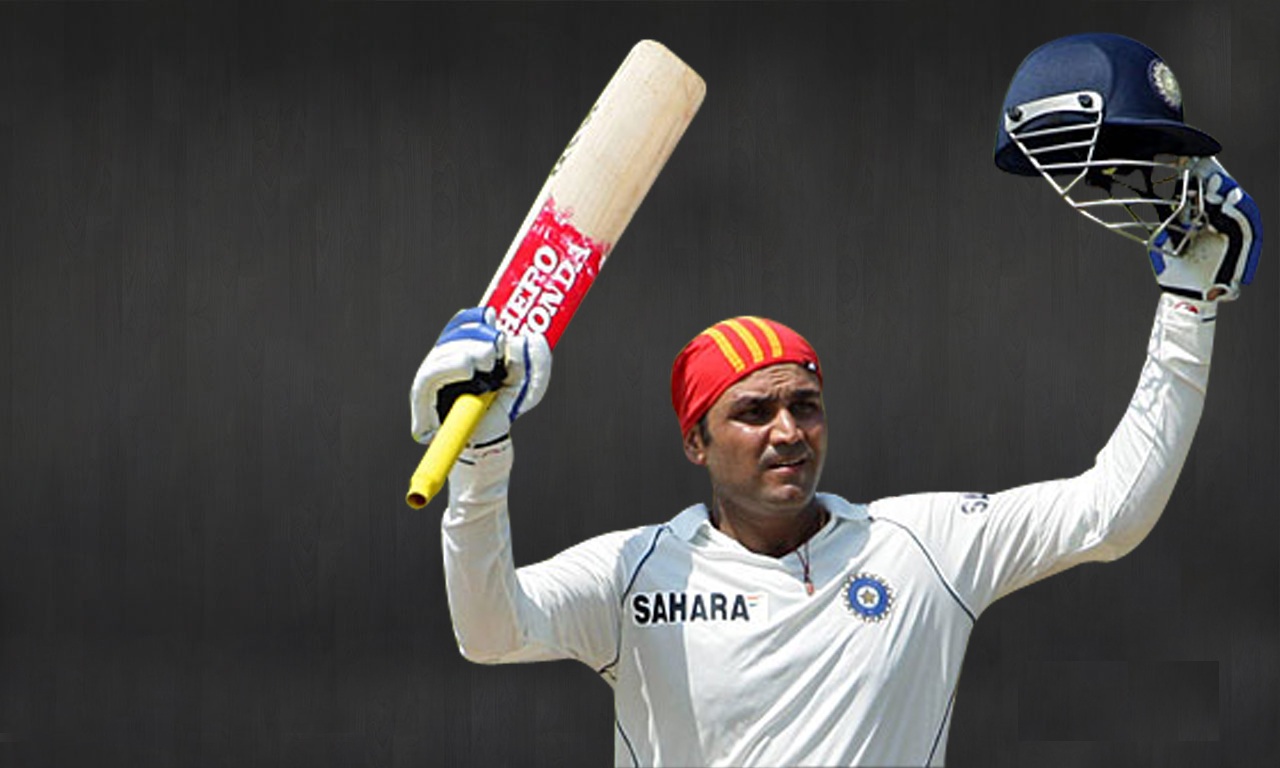 New Delhi: Bestowed the sobriquet of ‘Sultan of Multan’ after his triple ton in Pakistan, Virender Sehwag carved a niche for himself with his great hand-eye coordination to become India’s most destructive opening batsman of the modern era.

A fierce cutter of the cricket ball, Sehwag, 37, made a place for himself in the Sachin Tendulkar era with minimum footwork and maximum intent, a genius that was a delight on the field.

Making his international debut in an ODI against Pakistan, Sehwag went on to play 104 Tests and 251 one-day matches for India, scoring 8586 runs at an average of 47.35 in the longest version and 8273 runs in the 50-over format. But it was his strike-rate of 82.23 in Tests and 104.33 in ODIs is what set him apart from his contemporaries.

Sehwag has registered 23 hundreds and 32 fifties in Test matches, while his 15 tons and 38 fifties were also delightful knocks in ODIs.

He might have been trapped LBW for 1 in his ODI debut against Pakistan’s Shoaib Akhtar, a man against whom he won many battles in years to follow, but Sehwag scored a brilliant ton in his first Test against South Africa in Bloemfontein, while batting at No.6.

India lost the match by 9 wickets but Sehwag’s 220-run fifth-wicket partnership with Sachin (155) is what stood apart making it clear that the boy from Najafgarh was here to stay.

Having instilled fear in opposition bowlers, Sehwag’s crowning moment came in 2004, when he blasted a 309 against Pakistan and became the first Indian to score a triple ton in cricket history. His voracious appetite for runs continued as four years later he scored the fastest triple century — in 278 balls — in world cricket after hitting an unbeaten 319 against South Africa in Chennai.

Sehwag also holds the distinction of being one of the four batsmen in the world to have surpassed 300 twice in Test cricket, and the only one to score two triple centuries and take a five-wicket innings haul.

Sehwag also notched up six double centuries in his 11-year-old Test career during which he made a distinct place for himself in a batting line-up comprising big names like Rahul Dravid, VVS Laxman, Sachin Tendulkar and Sourav Ganguly.

In April 2009, Sehwag became the only Indian to be honoured as the Wisden Leading Cricketer in the World for his performance in 2008, subsequently becoming the first player of any nationality to retain the award for 2009.

On December 8 2011, he hit his maiden double century in ODI cricket, against West Indies, becoming the second batsman after Tendulkar to reach the landmark. His score became the highest individual score in ODI cricket — 219 off 149 balls which was later bettered by Rohit Sharma — 264 off 173 balls on November 13 2014.

He is one of only two players in the world to score a double hundred in ODIs and a triple hundred in Test Cricket, the other being Chris Gayle. .