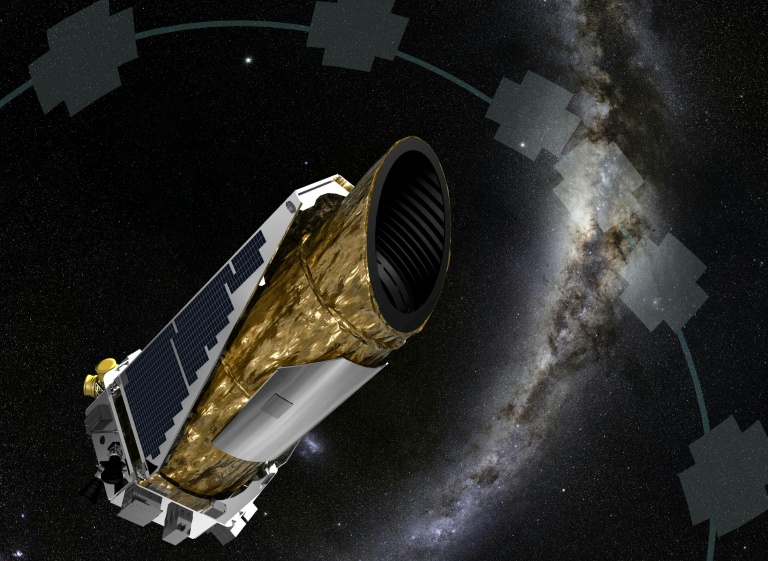 Mysterious light on a distant star could be a sign of alien civilisation, some astronomers have claimed, stirring controversy among their peers.

Not so fast, said NASA.

“The mysterious star, KIC 8462852, does have an odd light curve,” said Steve Howell, a US space agency scientist working on the Kepler space telescope’s planet-hunting mission, which launched in 2009 but lost its key orientation abilities in 2013.

“It does not look like a normal exoplanet or binary star light curve. However, I think that saying that it immediately is alien is a bit of a stretch,” Howell said in an email to AFP.

A paper recently authored by Tabetha Boyajian, a postdoctoral student at Yale University, and several citizen scientists, described the planet as having a unusual light pattern, and suggested that it appeared to have matter circling it.

The paper was published in October in a British journal called the Monthly Notices of the Royal Astronomical Society.

“We’d never seen anything like this star,” Boyajian was quoted as saying in The Atlantic magazine.

“It was really weird.”

Kepler observes distant planets and stars by observing transits, or the dimming of light when another celestial body passes in front.

The light from this strange world was seen to dim from 15 to 22 percent at irregular intervals.

A planet could not be the cause, because even if it were the size of Jupiter — the largest planet in our solar system — the light from the star would dim only about one percent when it passed in between the star and the telescope.

Boyajian’s paper explored various natural scenarios, including defects with the Kepler space telescope, an asteroid pile-up or an impact that created a sea of comet debris.

But another astronomer, Jason Wright, Penn State University, is preparing his own paper that interprets the light pattern as being the sign of an extraterrestrial civilization.

Wright theorizes that a “swarm of megastructures,” perhaps on the order of alien solar energy panels, are to blame.

“When (Boyajian) showed me the data, I was fascinated by how crazy it looked,” Wright told The Atlantic.

“Aliens should always be the very last hypothesis you consider, but this looked like something you would expect an alien civilization to build.”

His theory took off on the Internet, but was swiftly debunked.

Howell pointed out that another star, known as KIC 4110611, was previously found to have an odd light curve.

“But after a few years of working to find out why, it turned out to be a five star system. Yes, perhaps unique, but not alien structures,” he said.

“I think we as scientists will make additional observations of the mysterious star and eventually, more than likely, find out it too is an odd but stellar signal.”