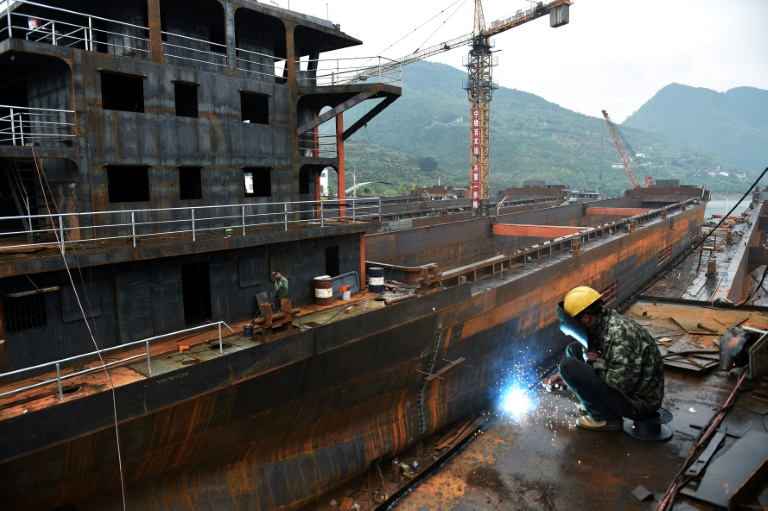 Nervous investors dumped high-yielding, risky assets on Tuesday on fears about the global economy, with the Indonesian rupiah and Malaysian ringgit taking a hit and most Asian stock markets retreating.

Comments from a top Federal Reserve official suggesting a US rate hike could come this year also dented confidence.

While data Monday showing China’s economy growing at its slowest rate in six years did not have an overly negative impact on markets, there are fears a rally across equities, currencies and commodities this month may have run its course.

After suffered their worst quarter in four years during July-September, global traders have been on a buying spree in October as expectations of a US interest rate hike this year recede and hopes rise for a fresh batch of Chinese stimulus.

However, confidence has taken a knock this week following the Chinese figures and Matthew Sherwood, head of investment strategy at Perpetual Ltd. in Sydney, said in an email to clients: “The three-week recovery is approaching an exhaustion point.

“The key question for investors is how much can growth accelerate in the December quarter and will there be more policy stimulus. The answer to both questions is — not a lot,” he said.

Also weighing on buying sentiment were comments from Federal Reserve Bank of San Francisco president John Williams who said the central bank is close to achieving its mandate of stable prices and maximum employment and should increase borrowing costs in the near future.

“We always have to be looking through the front windowâ€ in setting monetary policy since it works on the economy with a lag, he told Bloomberg Television Monday. “My own view is that the economy is still on a good trajectory.â€

While they said in early 2015 that a rise was expected as the US economy picked up pace, bank policymakers have gradually lowered their expectations, with turmoil unleashed by China’s yuan depreciation in August playing a major role.

A recent run of weak data out of Washington — including below par jobs growth and retail sales — have also muddied the Fed’s waters.

The ringgit tumbled more than one percent in morning exchanges while the rupiah shed 0.9 percent. The Taiwan dollar slipped 0.14 percent and South Korea’s won lost 0.76 percent.

Emerging market economies have been hammered this year by talk of the Fed rate rise as investors withdraw cash to the United States looking for better and safer returns.

The Fed holds its next policy meeting next week although economists say if the bank does lift rates it is likely to do so only at its December gathering.

The trepidation on trading floors also saw most bourses fall. Hong Kong lost 0.70 percent, Shanghai shed 0.48 percent and Sydney was 0.46 percent off. However, Tokyo edged up 0.29 percent by lunch as analysts said Monday’s sell-off was overdone.

— Bloomberg News contributed to this story —