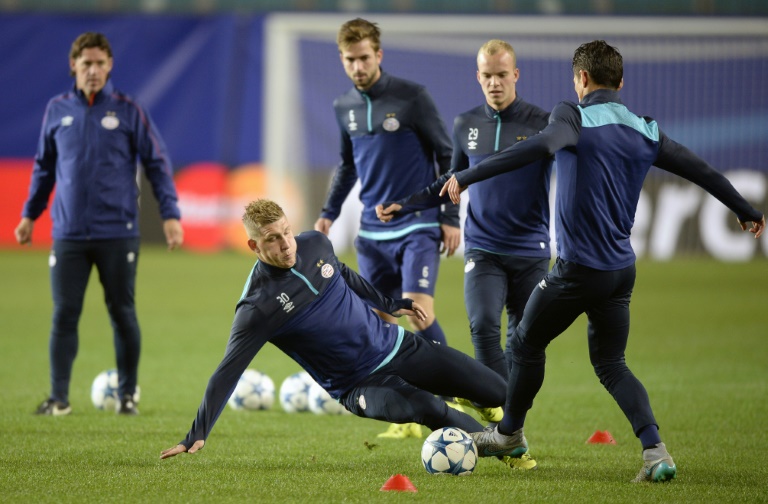 PSV Eindhoven will go in search of a first victory in Germany in almost 40 years as they travel to Wolfsburg on Wednesday in the Champions League.

All four Group B teams are locked on three points and level goal difference after a balanced start to the campaign, in which CSKA Moscow host Manchester United also on Wednesday.

Reigning Dutch champions PSV have not won any of their last 14 away matches against Bundesliga sides in Europe, a sequence stretching back to 1977.

None of their current squad was born when PSV beat Eintracht Braunschweig in the UEFA Cup third round in the 1977/78 season.

For both Wolfsburg and Eindhoven, this is a chance to bounce back from defeats last time out when the Germans crashed 2-1 at United while Eindhoven went down 3-2 in Moscow three weeks ago.

Having opened their European campaign with a 1-0 win over CSKA at the start of September, Wolfsburg warmed up for the visit of the Dutch champions with a 4-2 German league win over Hoffenheim.

They got back to winning ways after four games without a victory, including the 5-1 Bundesliga mauling at Bayern Munich in late September.

“That was a step in the right direction,” said Wolfsburg coach Dieter Hecking after the Hoffenheim win.

“Now we need a similarly good performance on Wednesday against PSV, so that we can take three points.”

Against Hoffenheim, Germany striker Max Kruse scored the first hat-trick of his career — and says there is more to come.

“It’s a nice feeling, but this is just the beginning,” said the Wolfsburg striker, who scored his first goal after just 43 seconds.

Having beaten Manchester United 2-1 in Eindhoven before losing in Moscow, Phillip Cocu-coached PSV are chasing a rare away win in Europe after losing eight of their last ten continental away matches.

PSV have only lost twice this season, but both defeats were also away.

Right back Santiago Arias sits out the Wolfsburg game as he serves a one-game ban after being shown a second yellow card against Moscow.

Coco was far from impressed with his side’s 1-1 draw with SBV Excelsior on Saturday after throwing away a 1-0 lead at home.

Davy Proepper’s goal was cancelled out by Nigel Hasselbaink’s 93rd-minute equaliser for Excelsior and the draw kept Eindhoven third in the Dutch league table.

“I can’t possibly be satisfied with our display. We’ve forgotten to put the game to bed,” said Coco.

“We were not efficient enough, which should not happen too often.”