Home World Pistorius under house arrest after release from jail 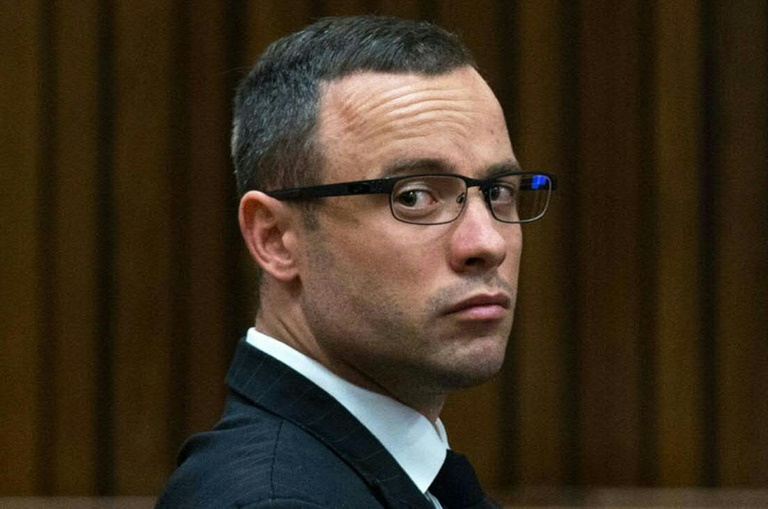 Disgraced Paralympian Oscar Pistorius spent his first day out of jail on Tuesday at his uncle’s home in Pretoria where he will serve the rest of his sentence under house arrest for killing his girlfriend.

His family welcomed him home after he was released in secret, one year into a five-year sentence for shooting dead Reeva Steenkamp, a model and law graduate, in the early hours of Valentine’s Day in 2013.

Pistorius, 28, had been due to leave prison on Tuesday, but South African officials issued a statement late Monday confirming he had already been taken to his uncle Arnold’s house in an apparent attempt to avoid the media.

“The family is happy that Oscar is home but they want to make the point that Oscar’s sentence continues,” spokeswoman Anneliese Burgess said outside the house in an upmarket suburb of the capital.

“Oscar’s sentence has not been shortened or reduced. He now enters the next phase of his sentence. He will serve this under the strict conditions that govern correctional supervision.”

The Olympian and Paralympian sprinter was found guilty on October 21 last year of culpable homicide — a charge equivalent to manslaughter — after telling his trial that he shot Steenkamp through a bathroom door because he mistook her for an intruder.

He was initially scheduled for release in August but the justice minister intervened at the last-minute, saying it was “premature”.

However, Pistorius will face a further test at the Supreme Court on November 3 when prosecutors will appeal for a murder conviction and a tougher sentence that could see him jailed for at least 15 years.

“They feel that his release from prison makes no difference, as it won’t bring back their child,” Koen told AFP.

“They were prepared for this, because they knew it was going to happen.”

Pistorius’s parole conditions are reported to allow him to meet with June and Barry Steenkamp if they wish.

Koen said there were no immediate plans for a meeting.

“If anything happens, it will have to be after the appeal proceedings, once they are finalised. Right now, they are focused on healing,” she said.

He is also likely to have to report to police regularly and accept random visits from correctional services officers, but he may be allowed to attend church.

Pistorius was jailed after a six-month trial that made headlines around the world.

Prosecutors said he killed Steenkamp in a fit of rage, firing four shots through the locked toilet door.

They described the double amputee as an egotistical liar obsessed with guns, fast cars and beautiful women, who was not prepared to take responsibility for his actions.

During the trial, Pistorius often broke down, weeping and at times vomiting as he heard how Steenkamp’s head “exploded” under the impact of hollow-point bullets from the 9mm pistol that he kept under his bed.

The court heard transcripts of phone messages in which the pair argued, with Steenkamp, 29, texting: “I’m scared of you sometimes, of how you snap at me.”

Defence lawyers sought to explain there are “two Oscars” — a world-class athlete, and a vulnerable individual with a serious disability who acted out of fear when he fired the fatal shots.

Pistorius will not appear in person at the Supreme Court appeal in Bloemfontein in two weeks’ time, when judges will hear the case for a murder conviction.

“We don’t know what the Supreme Court of Appeal will find, and it would have been unlawful to keep him in prison for longer than he needed to be,” Kelly Phelps, a University of Cape Town law lecturer, told AFP.

“I think the hearing will be between one to two days, and I would expect a judgement within a matter of weeks.”

Before he shot Steenkamp, Pistorius — a gold-medal winning Paralympic sprinter — was hailed as a role model around the world.

His fame reached a peak when he raced against able-bodied competitors at the 2012 London Olympics, the first double-amputee athlete to do so.

Pistorius — whose legs were amputated below the knee when he was 11 months old — has lost his lucrative contracts and has no immediate hope of salvaging his athletic career.