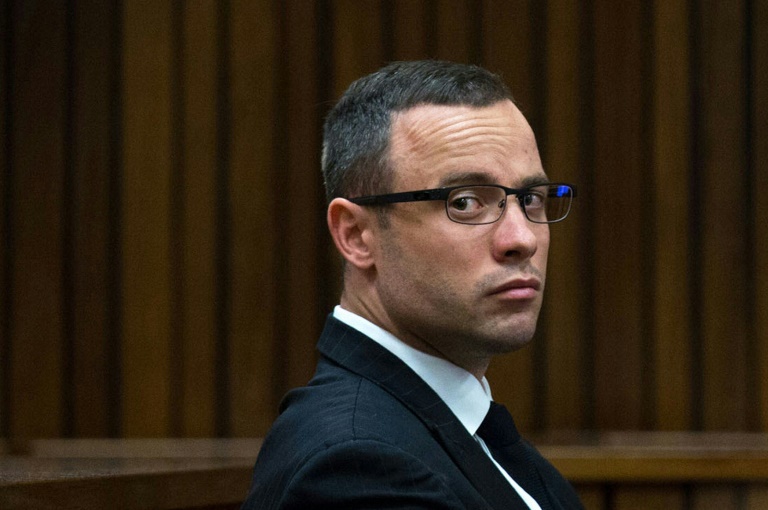 Oscar Pistorius was released from jail late Monday, South African officials said, and will serve his remaining sentence under house arrest after a year behind bars for killing his girlfriend Reeva Steenkamp.

The Paralympian star was allowed out of prison in the capital Pretoria a day early in an apparent attempt to avoid media coverage of his release.

Pistorius family spokesman Anneliese Burgess said that he was at his uncle Arnold’s house in Pretoria, adding that the family was “hunkered down”.

She said that the family would issue a statement later Tuesday.

Pistorius, 28, was granted parole following several reviews that delayed his original release date after he had served one sixth of his five-year sentence for shooting dead Steenkemp, a model and law graduate.

“The handling of the actual placement is an operational matter of the local management, and how they handle it is their prerogative that is carried out in the best interest of all parties concerned, the victims, the offender and the Department of Correctional Services.”

Pistorius, 28, had been due to be released on Tuesday.

“It will be very good. He should have been released on August 21,” his lawyer Brian Webber told AFP, hours before his release.

Last year Pistorius was found guilty of culpable homicide — a charge equivalent to manslaughter — after telling the court that he shot Steenkamp through a bathroom door because he mistook her for an intruder.

He faces a further test at the Supreme Court on November 3 when prosecutors will appeal for a murder conviction and a tougher sentence that could see him jailed for at least 15 years.

The ENCA news channel said Pistorius’ parole conditions included an instruction that he must meet Steenkamp’s parents if they wish to do so.

Her parents had contested his early release, but said no sentence would bring back their daughter.

“He would normally be expected to report to the police periodically. There may be provision for drug tests and there will be random visits by correctional services,” criminal lawyer Martin Hood told AFP.

“If he doesn’t comply, he loses the privilege of correctional supervision and can go back to prison.”

The Department of Correctional Services earlier announced he would undergo “continued psychotherapy” and face restrictions on owning firearms.

Pistorius was jailed on October 21 last year after a six-month trial that made headlines around the world.

The prosecution said he killed her in a fit of rage, firing four shots through the locked door.

They described the double amputee as an egotistical liar obsessed with guns, fast cars and beautiful women, who was not prepared to take responsibility for his actions.

During proceedings, Pistorius often broken down, weeping and at times vomiting as he heard how her head “exploded” like a watermelon under the impact of his hollow-point bullets.

The court heard transcripts of phone messages in which the pair argued, Steenkamp, 29, texting: “I’m scared of you sometimes, of how you snap at me.”

Defence lawyers sought to explain there are “two Oscars” — a world-class athlete, and a vulnerable individual with a serious disability who acted out of fear, not anger, when he fired the fatal shots.

The athlete was known as “Blade Runner” for the prosthetic limbs he wore on the track.

Before he shot Steenkamp on Valentine’s Day 2013, he was hailed as a role model around the world.

His fame reached a peak when he raced against able-bodied competitors in the 2012 London Olympics.

Pistorius — whose legs were amputated below the knee when he was 11 months old — has lost his lucrative contracts and has no immediate hope of salvaging his athletic career.