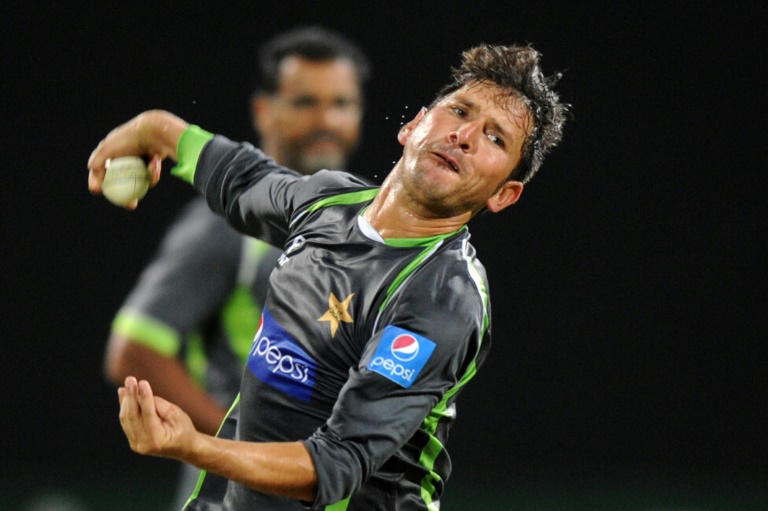 Pakistan will be looking to fit-again leg-spinner Yasir Shah to lift their performance in the second Test against England starting in Dubai from Thursday.

Shah, regarded as a wicket-taking bowler who anchored Pakistan’s wins over Australia and Sri Lanka in the last 12 months, missed the drawn first Test in Abu Dhabi with a back spasm.

But he is back to full fitness and was able to bowl without any pain in the nets, something which Pakistan captain Misbah-ul-Haq sees as a big positive.

“He (Shah) is back and that’s a good sign for us,” said Misbah. “We missed him a lot in the first Test and his return will give us that boost in the spin bowling.”

Pakistan narrowly escaped defeat after their extraordinary collapse saw them slump to 173 all out on the last day to spice up a Test which was heading for a draw until the fifth morning.

England were denied the win as, chasing 99 in a possible 19 overs, they fell 25 runs short when bad light forced the umpires to call off the match.

“We really need to pull up our socks and the kind of fight England put we need to match them, I have confidence in my players that they can do that.”

Pakistan are likely to miss key batsman Azhar Ali who returned home following the death of his mother-in-law and his inclusion depends on getting a United Arab Emirates visa in time.

Pakistan also recalled under-scrutiny off-spinner Bilal Asif as cover. He was reported for suspect bowling action in Zimbabwe on October 6 but can still play pending a report on his action which will come in two weeks’ time.

Pakistan will likely to bring in Shah in place of paceman Rahat Ali.

They will also hope the Dubai stadium pitch helps the bowlers after a flat pitch in Abu Dhabi saw both team piling up 500-plus totals in their first innings.

England will also look to their leg-spinner Adil Rashid who took a five-wicket haul in the second innings after going wicketless for 163 runs in the first.

England captain Alastair Cook, fresh from his 263 in the first Test, hoped his team keeps the fight going.

“Over the next 10 days of Test cricket we need to show the same resilience,” said Cook, praising Adil.

“He’s obviously had a tough introduction, the first day-and-a-half – not getting a wicket, bowling on probably the worst wicket you’d ever want to make your debut on as a leg-spinner when you lose the toss.

“I thought he bowled okay … and it was just about hanging in there. We know that leg-spinners come into the game later on.

Seamer Ben Stokes had an upset stomach but is fit to play.

The third and final Test starts in Sharjah on November 1, followed by four one-day internationals and three Twenty20s.