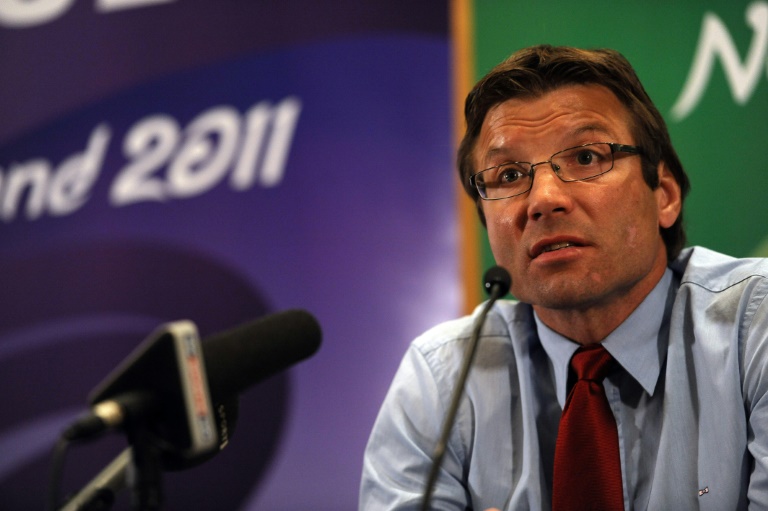 RFU officials announced the review after England became the first World Cup hosts to fail to qualify for the knockout stages. It was also the first time England had failed to get out of the pool phase at at any World Cup.

In an extraordinary interview a fortnight before the World Cup, Andrew said the present England side would not be at their best during the tournament.

“Is this team going to peak at this World Cup? I don’t know. I doubt it, to be honest,” he said. “I suspect this team will get better over the next two or three years.”

The panel will feature Ben Kay, a member of the England side that won the 2003 World Cup, and former Scotland and British and Irish Lions coach Ian McGeechan.

The panel are to make recommendations to the RFU Board after the conclusion of the World Cup.

Details of the review, which will examine the team’s preparation and performances, as well as the effectiveness of the coaching, management and support team, were released 16 days after England were knocked out following a 33-13 defeat by Australia at Twickenham.

“While the RFU will be focusing on continuing to deliver a fantastic tournament over the next two weeks, it is hugely disappointing not to have progressed through to the knockout stages,” Ritchie said.

“With that in mind, we have begun to review the senior team’s campaign to ensure that we learn and improve from this experience in order to be consistently successful.

“There will be extensive input from players, coaches and management staff, as well as an external perspective gathered.”

The report will remain confidential, he added. However details of a similar review after the team’s 2011 World Cup quarter-final defeat were leaked.