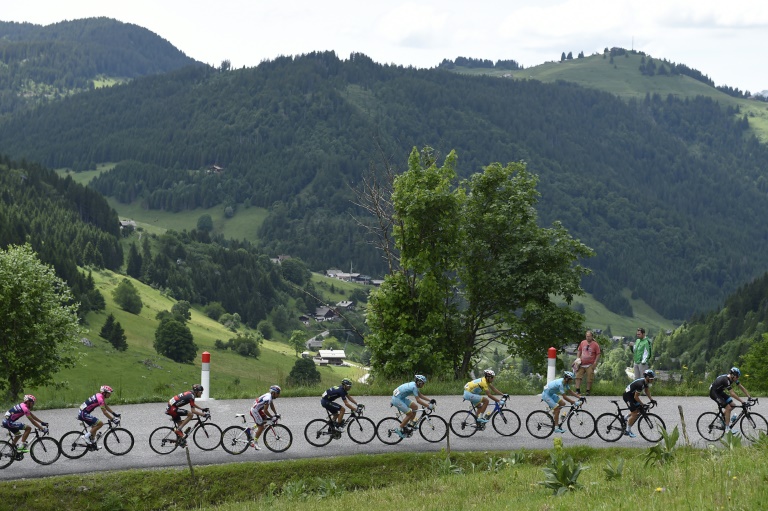 The highest mountain in western Europe, Mont Blanc will take a starring role in the 2016 edition of the Tour de France, whose complete route was unveiled in Paris on Tuesday.

Next July, Briton Chris Froome will spend three days staring at the Alpine behemoth, which rises to more than 4,800 metres above sea level, as he attempts to defend the most prestigious title in cycling, which he won for the second time earlier this year.

The departure from the world famous Mont Saint-Michel in Normandy on July 2, 2016, has been known already for a year but that first 188km stage will also doff its cap at history with a finish at Utah Beach, one of the D-Day landings sites during World War II.

It’s a Tour described as “a sporting challenge in beautiful surroundings” by Tour director Christian Prudhomme.

The opening stage will pass the Bay of Mont Saint-Michel, which Dwight D. Eisenhower, the 34th president of the United States of America, once described as the “most beautiful kilometre in France”.

Notably for the hosts, the finish to the 12th stage on July 14, France’s Bastille Day national holiday, will take place on the epic Mont Ventoux, a windswept 15.7km long climb that averages a punishing 8.8 percent gradient.

Froome, 30, will likely let a smile crack over his lips in anticipation of that 185km stage as it was by winning there during the 2013 Tour that he tied up his maiden success at the Grand Boucle.

Froome started that day, the 15th stage, 2min 28sec ahead of Bauke Mollema but finished it with 4min 14sec in hand on the Dutchman and his more likely rivals, such as Colombian Nairo Quintana, who was second on the stage at 29sec, remained a distant sixth overall at almost 6min off the pace.

Quintana would recover time and form to finish second overall — as he was earlier this year — but even in winning the penultimate stage he still ended up more than 4min behind Froome when the race reached Paris.

After the nervy, challenging first week of the 2015 Tour that took in wind, cobbles, driving rain and many difficulties, the 2016 edition will be more inviting and appealing to the sprinters.

The opening stage is almost certain to end with a sprint finish, as are the third and fourth stages.

But the second stage from Saint-Lo to Cherbourg includes a final 3km kick up that should suit a specialist puncher, such as world champion Peter Sagan or Ireland’s 2013 Liege-Bastogne-Liege winner Dan Martin.

The Tour heads unusually quickly to the mountains where it will dip into Spain and Andorra during the Pyrenean stages before also visiting the Swiss Alps later on.

The fifth stage will offer the first mountainous challenge in the Massif Central, although the finish into Le Lioran is largely downhill.

But the seventh stage will take the peloton into the Pyrenees where a number of monsters loom on the horizon, including the Col du Tourmalet, the ninth stage finish up to Andorre Arcalis and the Port d’Envalira at the start of the 10th stage, which at 2,407m will be the highest point of the race.

In total, there will be four summit finishes, one less than this year, but several stages which include a short but tricky or technical descent to the end after a tough climb.

“The Tour is always for the climbers,” insisted Prudhomme, with 28 high-categorised climbs on the 2016 Tour’s menu, three more than the last two years.

There are two individual timetrials, one at 37km long which could provoke significant gaps amongst the contenders, and a second at just 17km, but which comprises 15km of climbing, including the 2.5km long Cote de Domancy with it’s 9.4 percent average gradient.

That’s one of three stages in which a view of Mont Blanc will be almost omnipresent.

“Three days around Mont Blanc will be fantastic,” said Prudhomme.