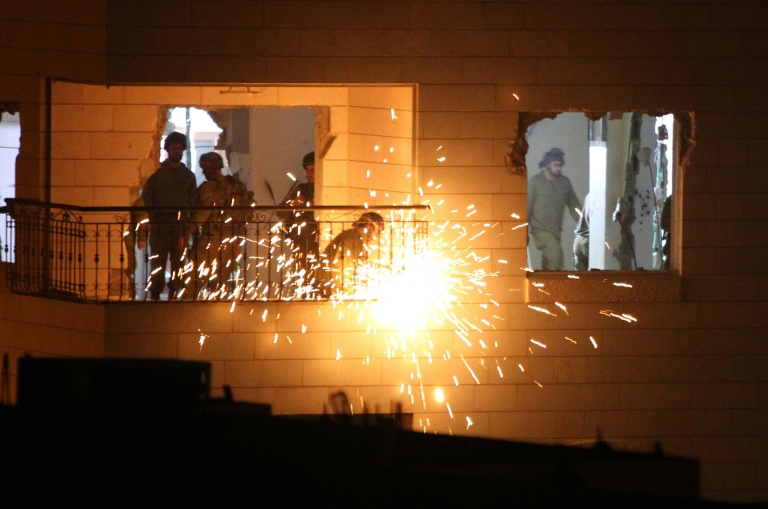 The demolition of the home of Maher al-Hashlamoun in the flashpoint city of Hebron was accompanied by clashes between dozens of Palestinian stone throwers and Israeli soldiers but there were no casualties, witnesses said.

Hashlamoun, a member of radical group Islamic Jihad, was given two life sentences by a military court in March for the November 10, 2014 murder of Dalia Lemkus, 26, and the attempted murder of two other people on a road in the Gush Etzion settlement bloc, south of Jerusalem.

Last week, the Israeli government ordered an intensification of punitive home demolitions in response to a wave of stabbing and shooting attacks and other deadly unrest.

It says the controversial policy acts as a deterrent but critics say the main victims of such demolitions are relatives forced to pay for another person’s actions.

The home destroyed on Tuesday was an apartment inside a larger building. Witnesses said soldiers used jackhammers and other equipment to destroy the apartment, rather than explosives or bulldozers, as has been used in the past.

On October 6, Israel demolished the homes of two Palestinians behind attacks last year and sealed off a room in another.