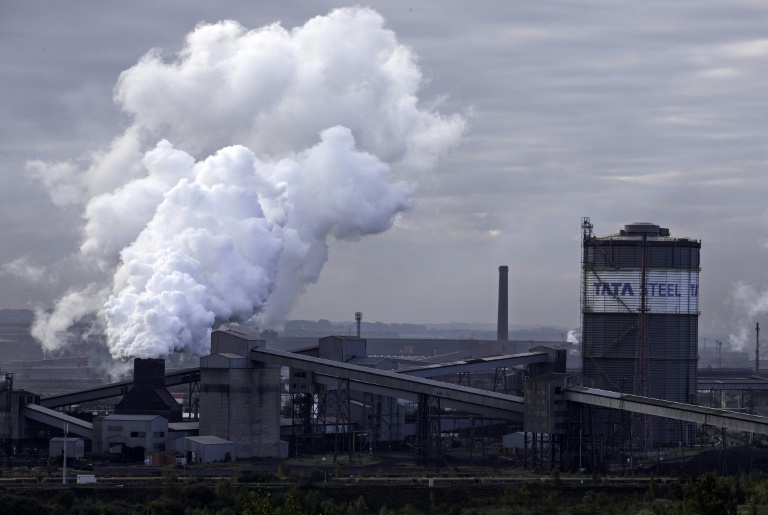 India’s Tata Steel on Tuesday said it would cut around 1,200 jobs at two plants in Britain, blaming the move in part on cheap imports from China.

“This comes in response to a shift in market conditions caused by a flood of cheap imports, particularly from China, a strong pound and high electricity costs,” Tata said in a statement coinciding with the start of a four-day visit to Britain by Chinese President Xi Jinping.

Tata, confirming weekend reports, said its action “would lead to around 1,200 job losses”, comprising about 900 in Scunthorpe, northern England, 270 in Scotland and a “small number” at other European sites.

It plans also to mothball some mills making steel plates and will shut a coke oven in Scunthorpe, whose Tata plant is the biggest steelworks in Britain employing 3,000 staff.

“This industry has a crucial role to play in rebalancing the UK economy, but we need a fairer system to encourage growth. The European Commission needs to do much more to deal with unfairly traded imports — inaction threatens the future of the entire European steel industry,â€ he warned.

On Monday, much of British steelmaker Caparo was placed into administration as unions proclaimed a “crisis” in the industry, which is struggling to remain competitive against cheaper international steel.

Administrators were appointed to 16 out of about 20 companies within the Caparo Industries group, audit firm PricewaterhouseCoopers had said.

There were fears of hundreds of redundancies in the Caparo firms, which include companies that make metal wire, tubes, and fastenings, as well as products for cars and aeroplanes.

Unions have urged the British government to intervene to save the steel sector, which employs 30,000 people in the country but faces gruelling competition from China.

Prime Minister David Cameron pledged to raise the issue of “dumping” of cheap steel with Xi.

“We voted in favour of dumping tariffs against the Chinese and we’ll do everything we can to help our steel industry,” Cameron has told parliament.

“Will we raise it with the Chinese? Of course, we’ll raise all these issues. That is what our relationship with China is all about.”

Tata on Tuesday noted that over the past two years, “imports of steel plate into Europe have doubled and imports from China have quadrupled, causing steel prices to fall steeply”.

It added that “a stronger pound has undermined the competitiveness of the businessâ€™s Europe-bound exports, and encouraged more imports”.