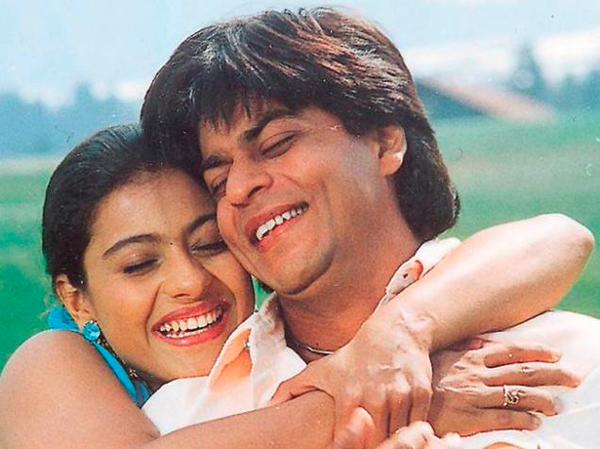 DDLJ! This is perhaps one of the most recalled acronyms of our generation. You know the obvious truth? We are never tired of watching this film even after having watched it for umpteen number of times.

Today is the iconic day when this epic love narrative completes 20 years. On this special day, Yash Raj Films released a documentary as a token of remembrance in three parts showcasing the unseen moments and behind the camera shots. This endearing video has been released to congratulate the team DDLJ for them to re-live the experiences of the making of the film.

The one-hour documentary features unseen footages, behind the scenes, and interviews of the cast and crew.

DDLJ was a blockbuster in the year 1995, which established SRK-Kajol as one of the most romantic onscreen couples of their times and even till date. The film was also a stepping stone for then debutante Aditya Chopra, who later on went to become one of the most sought after director when it comes to romantic Indian films.

The film holds the record of the longest running film in the history of Indian cinema and continues to run at the Mumbai’s iconic Maratha Mandir theatre.

For all those who did not know, SRK initially was not in favour of playing the Raj’s character, as the actor felt he was not meant for the romantic roles. SRK-a mismatch for romantic roles? Well, that’s what comes from the horses’ mouth in this unseen documentary.

King Khan, who was mostly seen in grey shades in action-thrillers like ‘Darr’, ‘Baazigar’, ‘Anjaam’ prior to ‘DDLJ’, could be seen confessing his apprehensions of being casted in a romantic film.

He also shared how, just before starting the film, he was undergoing a low and emotional phase in life due to his sister’s illness.

The documentary narrates the films’s inception, with pictures of Chopra’s earlier drafts of the script, its making, release and subsequent legacy.

The special feature is packed with couple of interesting trivia right from Kajol’s reluctance to shoot the popular song “Mere Khawbo Mein Jo Aaye” in a towel to SRK’s insistence on adding an action scene in the climax.
It also has an unseen video of actress Juhi Chawla making cameo in the film, which did not make it to the final cut.

It would not be an understatement if we say that ‘DDLJ’ paved the way for Shah Rukh and Kajol to global stardom and also made Raj and Simran household names for the longest period.

Here are the key highlights of the unseen documentary:

SRK’s on DDLJ: In this scene, SRK clearly mentioned that he never wanted to do romantic roles because when he started his career in Bollywood, he was already 26 and as per the trend romantic roles were given to the ones who were in college, fell in love, ran away with a girl or committed suicide with a girl or whatever. He thought he was too old to be a romantic hero. He always thought that romantic heroes should be good looking and he wasn’t that great looking; that romantic heroes should have a typically handsome face and he thought he isn’t that handsome either; that he thought he has to be younger to play that character and he did not fulfil that criterion as well.

Kajol’s famous Lipstick scene: It took almost 50 retakes to get the perfect shot and by the end of the shot Aditya so annoyed that he actually wanted to ‘shoot’ them.

Karan Johar on Kajol: Kajol is a brat. She’s loud, she’s noisy, and she’s too difficult to control. Adi used to get fed up, Farida Jalal wanted to kill her. I had to control her because I was her best friend. Her preparation is this nervous energy. Yash uncle used to call her pagli. But when the camera rolled, bang boom she was on.

SRK’s on Kajol: You will not find a better pair of eyes than Kajol’s.

Karan Johar on Aditya Chopra: Adi wanted to change the Yash Raj format. For example, he wanted to replace Chiffon saris (hallmark of Yash Chopra-films) with satin ones, but that didn’t work. The film ended up being a quintessential Yash Chopra film.

Karan Johar: I never went to a film school, assisted in anything else. My only training ground as a filmmaker is Dilwale Dulhania Le Jayenge.