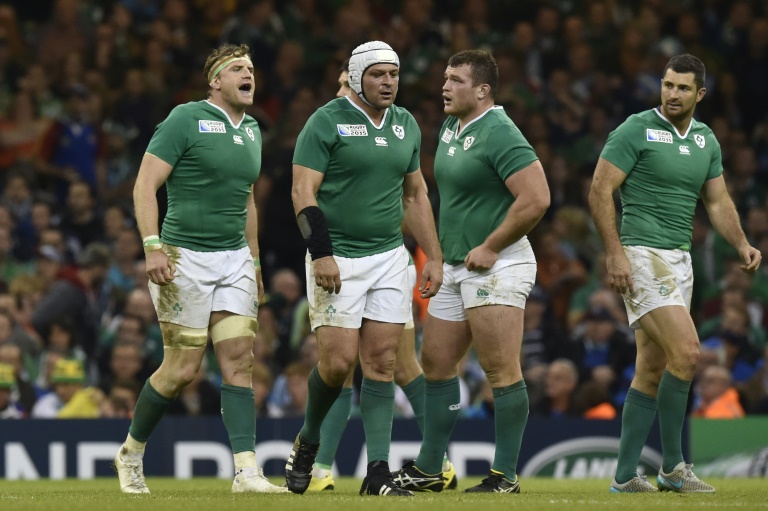 There were no excuses from a depleted Ireland after they were knocked out of the World Cup 43-20 by Argentina on Sunday, with Ireland coach Joe Schmidt saying the Pumas can only get better.

“It’s pretty hard not to respect the performance that Argentina put on,” said Schmidt, crediting the Pumas rise to their inclusion in the southern hemisphere Rugby Championship with New Zealand, South Africa and Australia.

The win was a huge leap in expectation for the world’s sixth-ranked side to topple the third-ranked, but Argentina did so with class.

Ireland were without a raft of senior players for the quarter-final at Cardiff’s Millennium Stadium but Schmidt ruled that out as an excuse.

Argentina have already registered wins over South Africa this year, and Australia last year in the championship and the bulk of the Puma side will also be in the Argentinian team which enters the Super rugby club competition next year.

“Playing at that level and consistently playing the top tier nations has had a real benefit for them,” Schmidt said.

“Now with them having a Super rugby franchise as well, some of those players will remain at home as opposed to a number of them playing in Europe and I think it’s going to make them even stronger. They don’t need to get too much stronger to be a real threat at this Rugby World Cup.”

Ireland had a frenetic preparation for the sudden-death encounter, losing fly-half Johnny Sexton, captain and lock Paul O’Connell and flanker Peter O’Mahony to injury. Star flanker Sean O’Brien was suspended for throwing a punch in their final pool game against France last weekend.

“That’s the nature of the game. Its attritional,” a philosophical Schmidt said, praising the replacements who were called up to start the match.

“As difficult as it is to be going out of the World Cup at this stage, it was a fantastic Argentinian performance and I think it was a performance our players will learn from.

“There’s a lot of players who have never, ever been in a match of that intensity. Hopefully that learning experience will offer something in the future. I can tell you, the dressing room is very disappointed.”

Argentina had the measure of Ireland in the forwards where Pablo Maera, Leonardo Senator and Tomas Lavanini controlled the collision area and they stationed a couple of their heavier players out wide to smooth the path of their outside backs.

It was a repeat of the way Argentina beat South Africa 37-25 in Durban this year, and although Schmidt had suspected that would be the Pumas’ approach, Ireland were not able to shut them down.

“We were very conscious that was potentially what they could do and we had to be ready to stop that and while the players worked hard we weren’t quite able to do so,” the New Zealand-born coach said.

“I think their combination of power and pace made it very difficult for us to win collisions either side of the ball.”