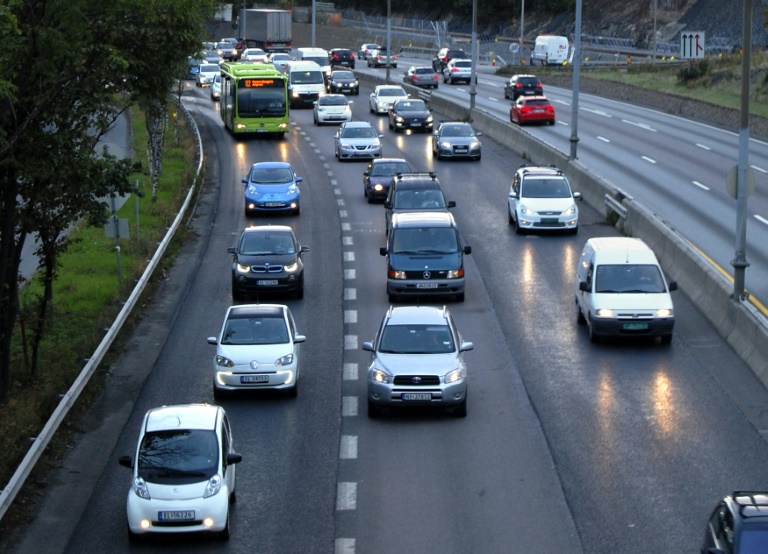 Oslo’s new leftist city government said Monday it wants to ban private cars from the downtown area by 2019 as part of a plan to slash greenhouse gas emissions.

The Labour Party and its allies the Socialist Left and the Green Party, winners of the September 14 municipal elections in the Norwegian capital, presented a platform focused on the environment and the fight against climate change.

The programme envisages a ban on private vehicles in the city centre which, according to the Verdans Gang newspaper, is home to only about 1,000 people but where some 90,000 work.

The new city government did not give details of how the plan would be implemented.

But the proposal has sparked concerns among local businessmen, who noted that 11 of the city’s 57 shopping centres are in the planned car-free zone.

The ban on automobiles is part of a plan to slash emissions of greenhouse gases by 50 percent by 2020 compared to 1990 levels.

The new city authorities also plan to divest fossil fuels from their pension funds, build more bicycle lanes, subsidise the purchase of electric bicycles and reduce automobile traffic over the city as a whole by 20 percent by 2019 and 30 percent by 2030.

“In 2030, there will still be people driving cars but they must be zero-emissions,” said Lan Marie Nguyen Ber, a member of the Green Party, told a news conference.

Norwegian media said the largely ceremonial post of city mayor would go to Marianne Borgen of the Socialist Left and not Shoaib Sultan, the candidate of the Green Party who thereby misses out on becoming one of the first Muslims to lead a major European city.