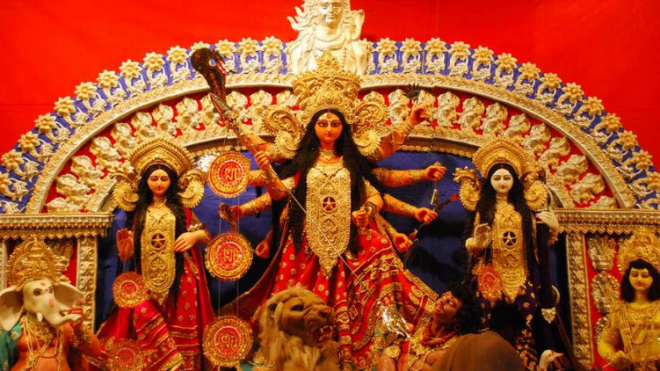 Kohima: Governor of Nagaland and Assam P B Acharya has conveyed his greetings and best wishes to the people on the occasion of Durga Puja and Dussehra.

In his message, Acharya said that Maa Durga is perhaps the most widely worshipped deity of Shakti.

“Durga means one who is difficult to approach, however, since she is the mother of the universe, she is the personification of tender love, wealth, power, beauty and all virtues,” the Governor said.

The complete image of Goddess Durga represent destruction of evil and protection of good and reflects the point that in order to become divine, one should keep one’s animal instincts under control, the governor said.

He said the idea of ruthless destruction is invoked to annihilate all the desires and unfold divinity by worshipping Maa Durga.

He also called upon the people to pay obeisance to Mother Durga and enjoy the festivals of Durga Puja and Dussehra in the true spirit of peace, joy and brotherhood.