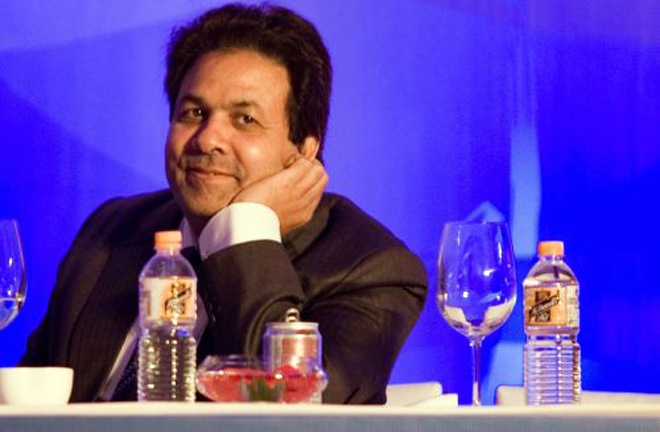 Shiv Sena was protesting against the meeting that was supposed to discuss bilateral series between India and Pakistan in December.

New Delhi: After Shiv Sena pulled off its latest act, it was very clear that Indian Premier League (IPL) chairman Rajeev Shukla wasn’t really amused. Lashing out at the party, Shukla maintained that cricketing matters should be left to the BCCI.

On Monday, he condemned the Shiv Sena protest at the BCCI Headquarters in Mumbai, saying that that politics must be left out of cricket and attempts on ‘blocking the process of dialogue’ can’t be accepted.

“Cricket matters should be decided by BCCI only. Dialogues keep on going between India and Pakistan boards and there should be no attempts to disturb the dialogue process. Shashank Manohar has taken the initiative and we should wait and see before lending to any conclusion,” Shukla told reporters here.

He added that the Shiv Sena demonstration had been completely ‘uncalled’ for and that there was no harm in talking to the Pakistan Cricket Board (PCB).

The Shiv Sena workers had earlier stormed into the Board of Control for Cricket in India (BCCI) office to protest against the meeting with the Pakistan Cricket board to discuss the India-Pakistan bilateral series slated for December.