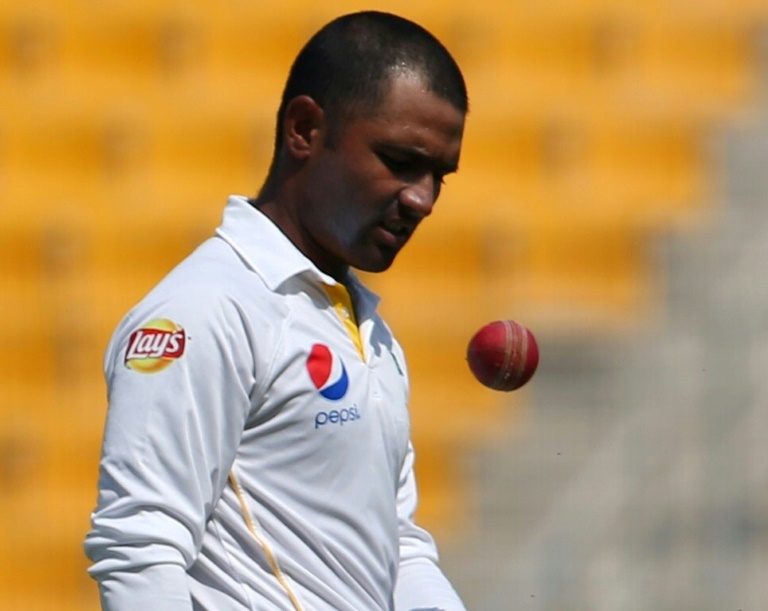 Cricket’s governing body on Monday said it was considering the use of non-red coloured balls in Test matches to avoid the scenario that arose in the first match between Pakistan and England in Abu Dhabi last week.

England were denied a dramatic win on the fifth and final day on Saturday, falling short by 25 runs in chasing 99 when umpires called off play eight overs earlier due to bad light.

England captain Alastair Cook had shown frustration on not moving 1-0 up in the three-match series but head coach Trevor Bayliss accepted that it was according to the rules.

Under the rules on-field umpires have the sole right of calling off play if they deem light unfit for play.

“There is no doubt that this is one of those issues that cricket is faced with historically and we have not found a solution to it,” Richardson told journalists in a briefing.

“We are pinning some hopes on developing a different colour ball, pink ball at this stage, if we could use that for the day/night Test cricket and if it stays in a decent enough condition.”

Australia and New Zealand will play with a pink ball in the first-ever day-night Test in Adelaide next month.

Richardson said that tests had been conducted on pink balls to ascertain their suitability.

“Whether it could be good enough quality and does not change the game too much from the swing point of view then long term it might be that we can use that different coloured ball in all matches and in that case it will help solve that problem.”

Richardson said that there had been efforts to solve the problem in the past, but that these had been rejected by the teams.