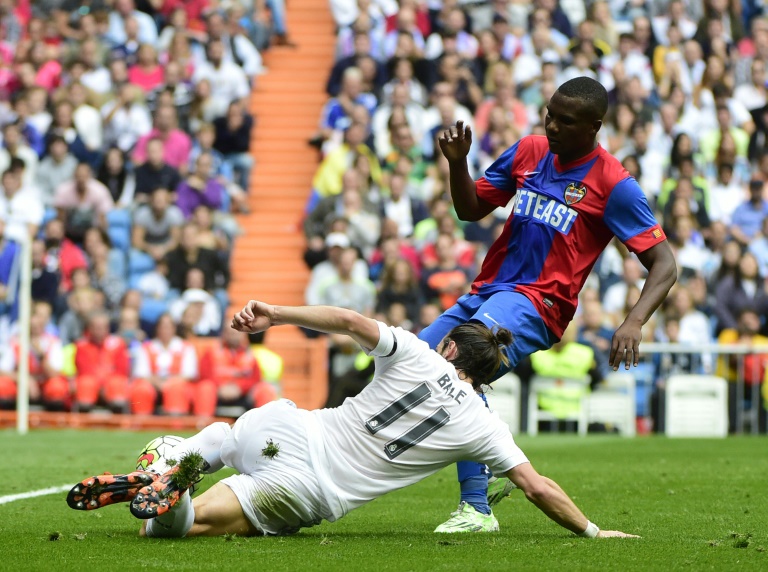 Bale made his first start in over a month for Madrid in Saturday’s 3-0 win over Levante, but was substituted at half-time with coach Rafael Benitez claiming he was fatigued after playing two full games on international duty as Wales sealed their qualification for Euro 2016.

The 26-year-old suffered a calf injury against Shakhtar Donetsk on September 15 and only returned in time for a cameo appearance as a second-half substitute against Atletico Madrid before the international break.

Wales secured their place in a major international tournament for the first time since 1958 despite a 2-0 defeat to Bosnia and Herzegovina in their penultimate qualifier, but Bale still played the full 90 minutes against minnows Andorra three days later.

“I don’t think they (Real Madrid) wanted me to play 90 minutes against Andorra, but I wanted to play, I wanted to help the team and enjoy the occasion and get a goal,” he told Wales Online.

Madrid are riddled with injury problems ahead of their visit to the French champions with the two games between the sides in the next fortnight set to decide who qualifies for the last 16 as group winners.

James Rodriguez, Pepe and Dani Carvajal are all expected to miss out in Paris, whilst Karim Benzema is also a major doubt due to a hamstring strain.

However, Benitez’s men were handed a boost by the return of Luka Modric to training on Monday after he missed the win over Levante due to an abductor muscle injury picked up on international duty with Croatia.