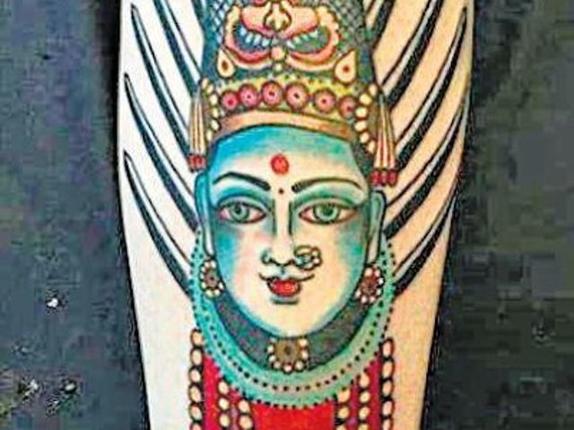 An Australian couple was allegedly harassed in Bengaluru on Saturday over a tattoo of a Hindu goddess and then forced to apologise for hurting the feelings of their attackers by the police.

The attackers threatened to skin the young man’s leg, for sporting the tattoo of Hindu goddess ‘Yellamma’ on his skin.

After the police arrived at the spot, Keith, 21 and his friends were taken to the police station and the mob followed. The crowd and police allegedly forced Matt to write an apology letter for hurting religious sentiments.

The letter, addressed to the sub-inspector of Ashok Nagar police station, read: “My name is Matthew visiting from Melbourne, Australia. I am very sorry for offending Hindu religious beliefs by my tattoo. I didn’t know of this auspicious custom in regard to tattoo placement. I will make sure to cover it up until I am in India. Thanking you for educating me on what is appropriate. I am also extremely sorry for using inappropriate language.” Both the sub-inspector and inspector of Ashoknagar police station denied the incident.

“Forced letter of apology before I could leave the police station…traumatising situation where it is apparently acceptable to be harassed, threatened and mobbed… I respect India and Hinduism completely. That’s why I spent 35 hours getting a massive Ganesha put on my back and 4 hours getting the Goddess (Yellamma) on the only bit of space I had left on my body..my girlfriend …does not deserve sexual abuse.”

Meanwhile, Deputy Commissioner of Police, Sandeep Patil, termed the matter ‘trivial’ And said that both parties have reached a compromise.