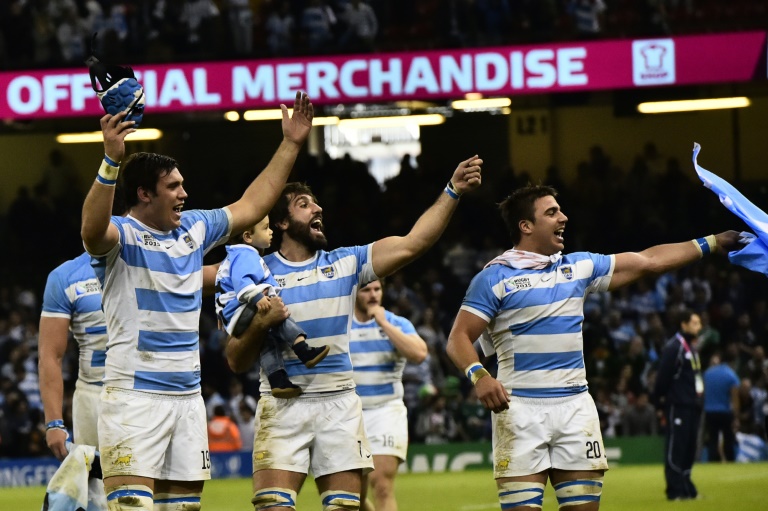 Argentina were left basking in a “dream come true” after their sensational 43-20 victory over Six Nations champions Ireland in the World Cup quarter-final on Sunday.

Los Pumas scored four tries through Matias Moroni, Juan Imhoff (2) and Joaquin Tucqulet, fly-half Nicolas Sanchez missing one penalty but on target with five others and all four conversions for a personal tally of 23 points.

A scintillating opening quarter in which they raced out to a 17-0 lead proved to be the bedrock of their victory despite a spirited Irish comeback to within three points at 23-20.

The Argentinians then turned the screw in the last quarter, curtailing a sudden propensity for ill-discipline that had left Ireland a way back in to regroup and score a further 17 unanswered points.

“We have played in the Rugby Championship for the last four years and this has given us the pace to be used to play at this level on a regular basis,” coach Daniel Hourcade said of the tournament that also comprises Australia, New Zealand and South Africa.

“I’m very happy obviously. We’ve met our second objective, which was to play seven matches at the World Cup.

“We really want to develop. Sometimes it’s not about playing the whole 80 minutes, but the beginning and the end of the match, so we’re very happy.”

Hourcade, whose team play the winners of the fourth and final quarter-final clash between Australia and Scotland, hailed the impact of “fresh blood” off the bench, notably backrow forward Facundo Isa, centre Jeronimo de la Fuente and scrum-half Tomas Cubelli, and also the never-say-die attitude which denied the pressing Irish a score of their own.

Sanchez, the coach said, deserved the plaudits not only for his unerring boot but also the way he steered the Pumas’ game.

“He was chosen for the man-of-the-match award, he carried out the gameplan very well. With Juan Martin Hernandez next to him, he’s very effective,” Hourcade said.

“Nicolas is a great player. Sometimes you think of him as a defence-driven player, but he really showed his all-round skills today.”

Hourcade said the future for Argentinian rugby was “fantastic” because of their involvement in the Rugby Championship and also the fact they will have a side joining the southern hemisphere’s Super Rugby set-up from next season.

“We started changing, building, it’s not something that has just started, it goes back.

“You need time to work on it. Since the moment we joined the championship, it has proved very important.

“Playing on a regular basis you need precision and this kind of game becomes normal. We trained to play for 80 minutes and we’re used to the end of the game being more intense than the beginning.

“Being part of the Rugby Championship and Super rugby next year means the future for Argentina is fantastic.

“This match was really hard, we now have seven days to recover. We’ve been doing that for a while and I’m sure we’ll be in good condition against any team we face.”

Captain Agustin Creevy warned, however, that Argentina were not at the same level as the All Blacks, who smashed France 62-13 in the quarter-final on Saturday.

“Yesterday I was watching the All Blacks wondering when can we win by scoring 40 points and we did that today,” the hooker beamed.