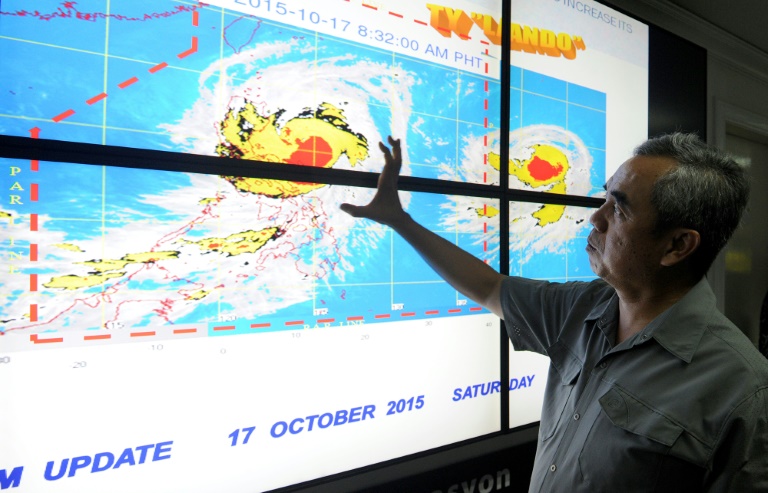 About 6,500 people were evacuated from their homes and taken to safer ground just before the typhoon struck, the civil defence office said.

The eye of Koppu struck the remote coastal town of Casiguran, 215 kilometres (130 miles) northeast of Manila around 4:00 am (2000 GMT Sunday) with gusts of up to 210 kilometres an hour, the state weather service said.

“It is nearly stationary…. We hope it will leave the country soon,” Alexander Pama, head of the government’s National Disaster Risk Reduction Council said over DZBB radio.

Local radio stations said the typhoon downed trees and power pylons in Aurora province including Casiguran as well as nearby Isabela province and that power was cut in those areas.

Pama said landslides and overflowing rivers caused by intense rains dumped by Koppu had cut several roads across the region, made up of mountainous areas with farmland along river valleys.

Because of another nearby weather system, officials fear the typhoon could linger for days on the main island of Luzon, home to about half the country’s 100 million people.

Although the storm will not directly hit the capital, Manila, the weather service has warned it is so huge that even the southern regions were likely to be affected by strong winds and rain.