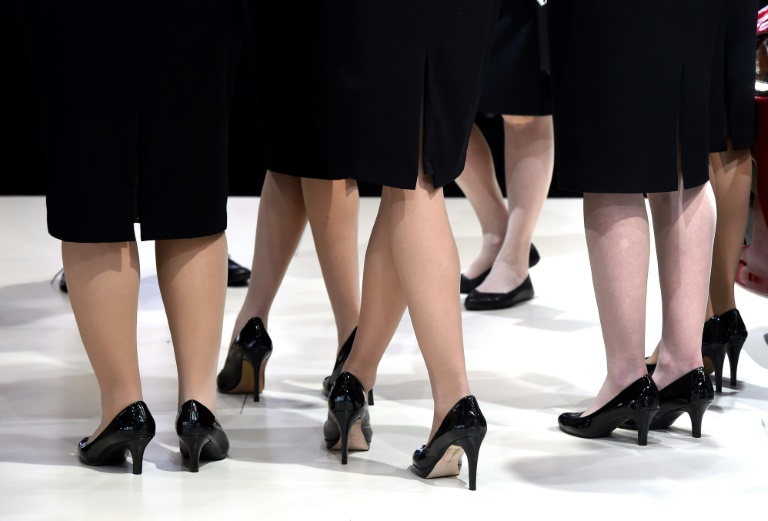 The persistent pay gap between women and men in the United States — right up to Hollywood stars — is emerging as a 2016 campaign issue, but experts say its root causes are complex.

Sexual equality at work is a subject of constant debate in the United States, where President Barack Obama speaks often of the future of his teenage daughters and the unfairness of gender stereotypes.

Of all the issues facing working women in the United States, four out of 10 Americans say equal pay is the most pressing, according to a 2014 Gallup poll.

A string of recent studies and high-profile lawsuits including in Silicon Valley have highlighted a persistent gender pay gap.

One of Hollywood’s top movie stars Jennifer Lawrence just penned an essay hitting out at sexism in the industry, after discovering she was paid less than her male co-stars.

But the pay gap cannot be blamed on sexism alone, according to Cornell University economics professor Francine Blau.

Discrimination probably plays a role, she said, but it is hard to quantify.

What is certain, is that male domination of certain industries and the lack of affordable child care are factors in explaining why many women are unable to reach high-paying jobs.

The disparity has become a hot-button issue as election season heats up, especially among Democrats, who are hammering home the point that women earn less than their male counterparts.

According to Blau, however, the census figure suggesting a 21 percent pay gap is “misleading.”

When controlling for variables such as work experience, education, occupation and industry, the real gap shrinks to as low as nine percent, she said.

Education no longer tips the scales in men’s favor, Blau said, because women on average now have more education than men.

The male advantage in pay terms stems mainly from dominance in lucrative professions such as law, engineering, and highly skilled factory positions, Blau said. Lower paid jobs such as teaching and nursing have traditionally been considered female jobs.

“Women are losing hundreds of thousands of dollars over the course of their lifetime,” said Vicki Shabo of the National Partnership for Women & Families.

Lisa Maatz, the top policy adviser at the American Association of University Women, said she does “get frustrated” with people who say “it’s only seven percent, it’s only 10 percent.”

“Anybody who is working and trying to make ends meet, ten percent more is a huge deal,” said Maatz, AAUW vice president of government relations.

Though the pay gap has narrowed over the past 30 years, progress has largely stalled, adding fuel to the Democratic Party’s call for legislation to bring women’s pay into line with their male colleagues.

“It is unconscionable that women earn 78 cents on the dollar compared to men who perform the same work,” fumed Democratic presidential hopeful Bernie Sanders on the campaign trail earlier this year.

With an eye on women’s votes, Democrats have railed against Republicans blocking legislation in Congress that would strengthen federal anti-discrimination policies.

California, under Democratic Governor Jerry Brown, recently moved to address the gender pay gap with a law reversing the burden of proof in discrimination complaints: Now employers must prove there was no discrimination, instead of the employees.

“You can’t hold your employer responsible for larger cultural norms over which he has no control,” said Andrew Biggs, an economist at American Enterprise Institute, a conservative think tank.

Cornell’s Blau points to research suggesting that women tend to shy away from competition, which could lead them to avoid high-paying sectors and jobs.

Women also typically engage less in salary negotiations than men — although this leads back to the debate about discrimination and gender stereotyping.

Even the Oscar-winning Lawrence admits hitting a wall in negotiations, saying she failed to press for higher pay for fear of being labeled “difficult” or “spoiled.”

“I don’t think I’ve ever worked for a man in charge who spent time contemplating what angle he should use to have his voice heard. It’s just heard,” she wrote.

Another key issue — repeatedly raised on the campaign trail — is the state of child care in a country where public education does not begin until a child is five years old. Unlike many developed countries, the United States has no subsidized universal child-care program.