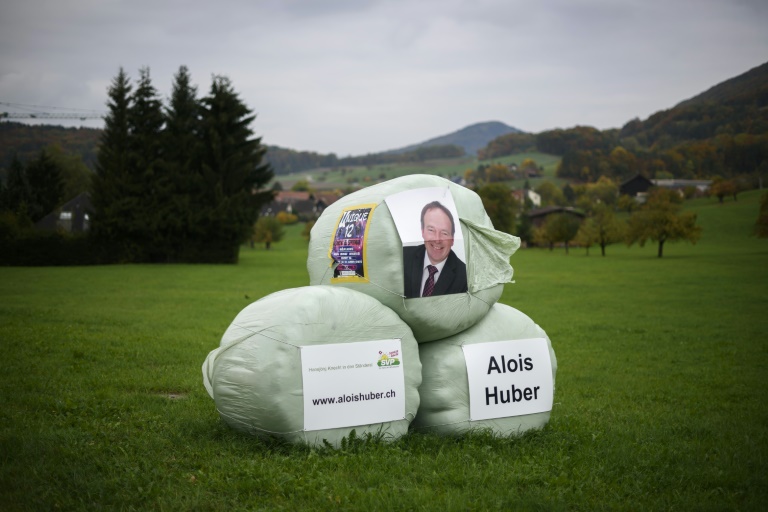 Switzerland votes for a new parliament on Sunday, with the populist right expected to strengthen its already dominant position amid concerns over migrants and asylum rules.

The expected shift comes as surging numbers of migrants and refugees moving through Europe have heightened the focus on the issue in Switzerland, even though the wealthy Alpine nation has yet to be significantly affected by the crisis.

About a quarter of Switzerland’s eight million inhabitants are foreign nationals, and immigration and asylum policies tend to figure among voters’ top concerns.

But the latest survey from the gfs.bern polling institute showed that 48 percent of those questioned thought migration was the most important issue facing the country.

Only nine percent chose the runner-up issue — Switzerland’s relationship with the European Union — as the most important.

Ties with the EU were badly hit by a narrow Swiss popular vote in February 2014, championed by the SVP, in favour of restricting immigration from the bloc.

SVP, the most visible party on both the top issues, hit 28 percent support in the latest poll — up from the 26.6 percent it managed in the 2011 election and close to the record high 28.9 percent it won in 2007.

The Socialists, Switzerland’s second largest party, are also expected to inch up slightly from the 18.7 percent of the vote they won four years ago.

The centre-right Liberals, in third place, are also seen gaining ground from the 15.1 percent they took in 2011, at the expense of the Christian Democrats, the Greens and other smaller parties in the house.

Polling stations will open at different times across the country and stay open for just a few hours, closing by noon (1000 GMT), as most Swiss vote in advance by post or online.

In all, 246 seats are up for grabs — 200 in the lower chamber and the remainder in the upper chamber.

Power-sharing and consensus rule are the norm in Switzerland and elections rarely lead to major shifts in parliament or the makeup of the government, which does not directly reflect the power balance in the house.

And Switzerland’s famous system of direct democracy allows citizens to voice their opinions on a large range of issues every few months, downplaying the importance of the parliamentary vote.

That is usually reflected in voter turnout, which has not passed 50 percent in legislative elections since 1975.

Early voting turnout so far has been mixed across Switzerland’s 26 cantons, and experts have predicted a slightly lower participation rate than four years ago, when 49.1 percent of the country’s some five million eligible voters cast their ballot.