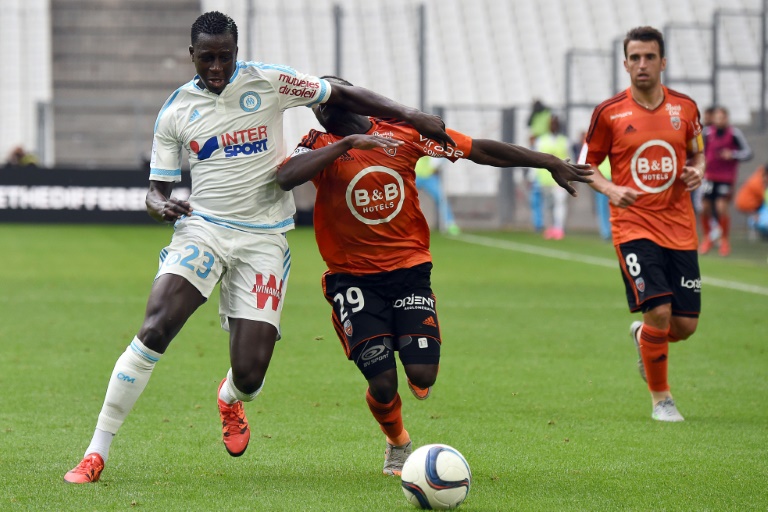 Stumbling Marseille dropped points again on Sunday as they were held to a 1-1 draw by Lorient at the Stade Velodrome in Ligue 1.

Michel’s side took the lead thanks to a Michy Batshuayi penalty midway through the first half but Benjamin Moukandjo levelled for the visitors before the interval.

Marseille’s failure to build on an encouraging performance in losing 2-1 at Paris Saint-Germain in their last outing before the international break leaves them without a win in six matches in all competitions.

They continue to languish in 16th place in the table and are six points adrift of Lorient, with the Bretons provisionally up to eighth having lost just one of their last six outings.

OM were looking for revenge for a 5-3 defeat at home to Lorient last season and they took the lead in the 22nd minute when Belgian striker Batshuayi converted from the spot after Francois Bellugou had been penalised for handball.

However, the away side were back on level terms eight minutes prior to half-time as Nicolas Nkoulou got caught underneath a high ball and his Cameroon colleague Moukandjo took advantage to score.

Marseille were unable to find a winner in the second half, leaving Michel to admit his frustration after the game.

“The statistics are in our favour, but the result is against us. It’s like that in every match. It seems incredible because we have an average of 20 shots per game,” said the Spaniard.

“Lorient are a good team but in many phases of the game we played better.”

“There is a lot of disappointment at only taking one point, especially as we had the possession and the chances, but we still lack a finishing touch,” added Marseille’s on-loan Newcastle United winger Remy Cabella.

“The season is advancing but it is not over yet. We need to start winning quickly. Once we get a result we will have more confidence.”

Elsewhere on Sunday, Bordeaux were held to a 0-0 draw at home by struggling Montpellier on an emotional day as they mourned the passing of their former France international goalkeeper Dominique Dropsy, who succumbed to leukaemia earlier this month.

On Saturday, Paris Saint-Germain warmed up for their Champions League clash with Real Madrid by beating Bastia 2-0 in Corsica thanks to two second-half goals by Zlatan Ibrahimovic.

PSG are still unbeaten this season and remain five points clear of surprise nearest challengers Angers and Caen, who both won away from home, 2-1 at Toulouse and 1-0 at Reims respectively.

Saint-Etienne are fourth after easing to a 2-0 win at home to bottom side Gazelec Ajaccio with Robert Beric and Kevin Monnet-Paquet both on target, but Rennes can go back above Les Verts on goal difference if they beat Nice on Sunday evening.

A late Rafael equaliser earned Lyon a 1-1 draw at Monaco on Friday after the principality club had taken the lead through on-loan Chelsea midfielder Mario Pasalic.