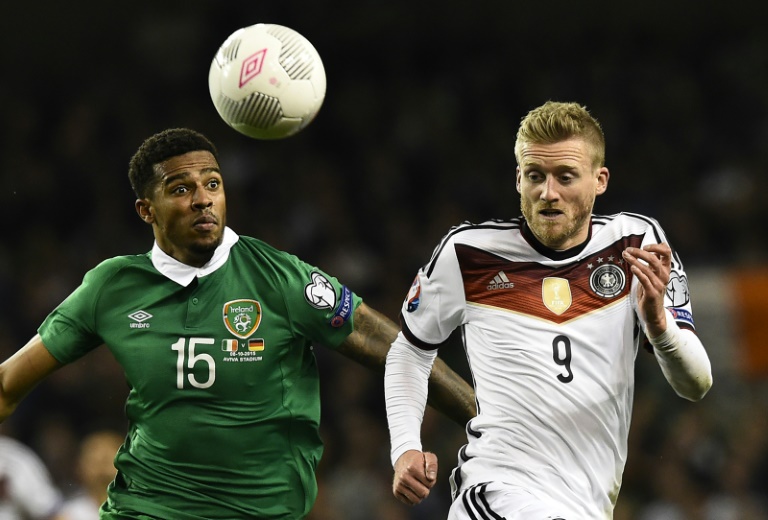 The Republic of Ireland will need to beat Bosnia-Herzegovina to reach the Euro 2016 finals in France next summer.

Martin O’Neill’s side took third place in the Group D qualifier behind world champions Germany and Poland, and that was enough to earn them a spot in one of the four playoff ties to decide the final qualifiers for the 24 team tournament.

Bosnia were the next-best team after Belgium and Wales qualified from Group B.

In the other ties, Sweden take on Denmark in a Scandinavian derby, Ukraine play Slovenia and Norway tackle Hungary.

The draw, made on Sunday, for the playoffs for Euro 2016:

(Both legs to be played between November 12-17, winners qualify for the Euro 2016 finals in France)