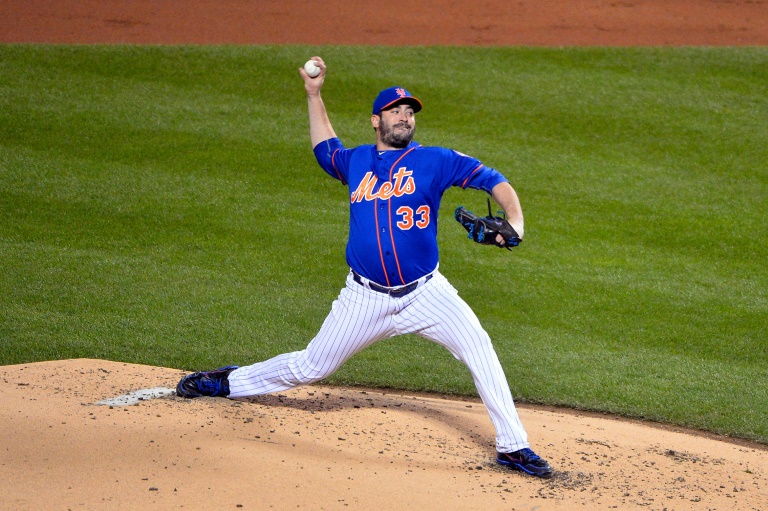 Matt Harvey pitched well into the seventh and made a few defensive gems as the New York Mets beat the Chicago Cubs 4-2 in game one of the NL Championship Series.

Daniel Murphy and Travis d’Arnaud belted solo home runs and second baseman Murphy capped off another brilliant performance with a diving snag on a hot grounder before throwing to first for the final out of Saturday’s contest.

“I found it early and kept with it,” Harvey said. “I was able to mix pitches up.”

“I wanted to go out there and get strikes, mix things up and not get into a routine. And the guys made all the plays behind me,” he added.

Harvey, who faced the Cubs just once in 2015 and went seven scoreless innings, struck out nine, allowed four hits and walked two in 7 2/3 innings.

Murphy has now hit homers in three straight games for the Mets, who are playing in their first Major League baseball playoff semi-final series since 2006.

The winner of the series will face either the Kansas City Royals or the Toronto Blue Jays in the World Series.

Game two is Sunday in New York before the series shifts to Chicago on Tuesday for game three. Mets rookie right-hander Noah Syndergaard will take the mound against Cubs ace right-hander Jake Arrieta.

Outfielder Curtis Granderson’s RBI single in the fifth inning gave the Mets the lead for good in front of a crowd of 44,000 at Citi Field stadium.

Harvey has been the subject of an innings limit debate for weeks as he completes his first season following elbow surgery. On Saturday, he recorded an out beyond the seventh inning for the first time since August 11 and only the sixth time in 31 starts.

The New York crowd serenaded him with chants of “HAR-VEY” all night long. He exited to a standing ovation after giving up a solo homer to Cubs left fielder Kyle Schwarber.

Right-hander Jeurys Familia allowed a walk and a hit in recording the final four outs.

Cubs left-hander Jon Lester allowed four runs on eight hits and one walk while striking out five over 6 2/3 innings.