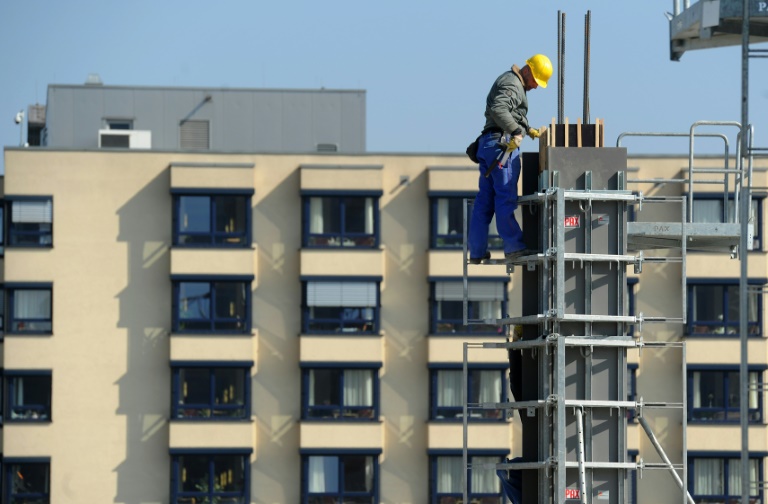 Germany’s real estate sector is riding a wave of mergers and acquisitions, as market players seek to take advantage of low interest rates and the relative lag in property prices compared with those in neighbouring countries.

This week, the sector’s number one Vonovia threw its hat into the ring, announcing it was prepared to stump up as much as 14 billion euros ($16 billion) for rival Deutsche Wohnen if it failed to tie the knot with the number three, LEG Immobilien.

Deutsche Wohnen dismissed Vonovia’s advances as “uninteresting and inappropriate”, adamant that its five-billion-euro merger with LEG would go ahead.

But the deal still needs to be approved by the shareholders of Deutsche Wohnen and some of them appear to believe the price is too high.

The current battle is the biggest so far in a sector that has been flowing with mergers and takeovers for months.

Since the beginning of the year, Vonovia, formerly known as Deutsche Annington, has got its hands on both rivals Gagfah and Suedewo for nearly six billion euros, boosting its portfolio to 370,000 residences across Germany.

“This process of consolidation has gathered momentum over the past three years,” said Konstantin Kortmann, head of the German operations of US group Jones Lang LaSalle.

“Of the numerous small and mid-sized companies in the sector in Germany, there are still only five or six larger ones left,” he said.

The momentum is being driven by the historically low level of interest rates in Europe, which make the financing of such deals cheap.

But the steady rise in rents in Germany in recent years — albeit from levels lower than other European capitals — is another key factor, as unlike in other countries where rents are stagnating, they look set to continue heading up.

There are other aspects promising juicy returns for real estate investors.

In Britain and France, for example, most of the opportunities are concentrated around the capitals of London and Paris.

In the German capital, rents still average at just over 10 euros per square metre, compared with 22 euros in Paris or 70 euros in London.

But not everyone is pleased about the current trend in Germany.

“At the moment, we have real problems in the housing market,” said Ulrich Ropertz, head of the German tenants’ association.

The main problem was the availability of affordable rents, he told the business daily Handelsblatt in an interview.

“These problems will intensify and increase with the influx of refugees,” Ropertz argued.

Germany is expecting to receive at least 800,000 asylum seekers this year.

“Companies are currently engaged in buying each other, but they’re not building any new housing,” Ropertz complained.

“And the modernisation and upkeep (of the residences) threatens to fall by the wayside.”

Nevertheless, industry experts believe the wave of mergers and acquisitions will continue.

“Real estate groups are still comparatively small and the housing construction sector is still quite limited in Germany, compared with other countries,” said Robert Halver, head of market research at Baader Bank.

“In this context, they’ll try to form large alliances to unlock their strength,” Halver said.

Schulz-Wulkown said there was not much more opportunity for tie-ups between listed real estate companies, so non-listed companies could increasingly become takeover targets.