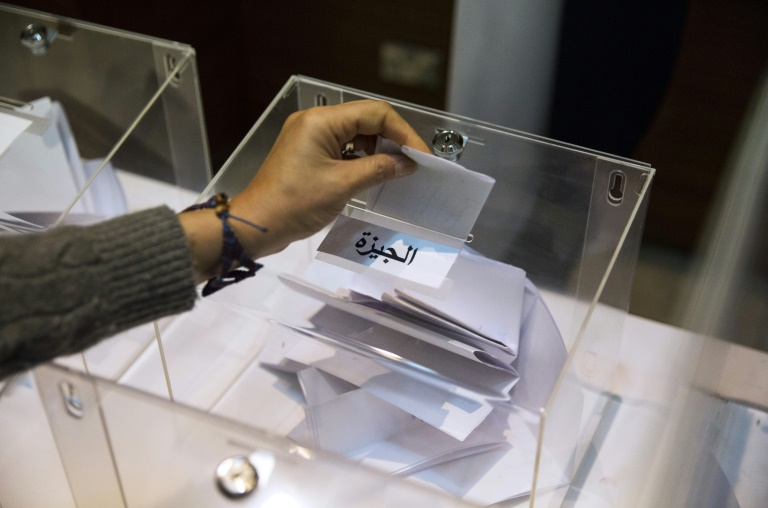 Egyptians were to vote Sunday for a parliament expected to firmly back President Abdel Fattah al-Sisi, who has crushed all opposition since ousting his Islamist predecessor in 2013.

The much-delayed vote for the 596-member parliament — the previous assembly was dissolved in June 2012 — is to be staged in two phases between October 17 and December 2.

Polling stations are to be open from 9 am (0700 GMT) to 9 pm, with more than 27 million people across 14 of Egypt’s 27 provinces eligible to vote on Sunday and Monday in the first phase.

Analysts said most of the more than 5,000 candidates in the polls overwhelmingly support Sisi and are expected to dominate parliament.

“If lawmakers wanted to, they could install a certain balance,” said Youssri al-Azabawi, expert at the Ahram Centre for Political and Strategic Studies.

“But, in view of Sisi’s popularity, it won’t happen. The president will maintain considerable powers.”

Many Egyptians tired of political turmoil since the 2011 ouster of veteran leader Hosni Mubarak support Sisi, who has vowed to revive an ailing economy and restore stability amid a deadly crackdown targeting supporters of Mubarak’s Islamist successor.

“It’s really a parliament that is not expected to be revolutionary or reformist,” political analyst Hazem Hosni said.

The constitution empowers parliament to move a no-confidence motion against the president and also gives lawmakers 15 days to review all presidential decrees.

But the vote is being held in the absence of any real opposition and has inspired none of the enthusiasm of the first post-Mubarak polls in 2011.

The Muslim Brotherhood movement that dominated the last assembly has been banned, while the leftist and secular movements that led the 2011 uprising are boycotting or are badly represented in the polls.

As Egyptians abroad started casting their ballots on Saturday, the president appeared on television calling on citizens to vote.

“Celebrate the choice of representatives and make the right choice,” said the former army chief.

“I am expecting Egyptian youth to be the driving force in this celebration of democracy.”

An ensuing government crackdown targeting Morsi’s Muslim Brotherhood movement — which had swept all elections since Mubarak’s fall in 2011 — has left at least 1,400 dead and tens of thousands imprisoned.

Hundreds including Morsi himself have been sentenced to death after mass trials which the United Nations denounced as “unprecedented in recent history”.

The Brotherhood has now been blacklisted as a “terrorist organisation” and its members banned from contesting elections.

Scores of policemen and soldiers have been killed in jihadist attacks since the crackdown on Islamists began.

Of the 596 lawmakers being elected, 448 will be elected as independents, 120 on party lists, and 28 will be presidential appointees.

The main coalition is the pro-Sisi For the Love of Egypt, which includes the liberal Free Egyptians Party founded by telecom tycoon Naguib Sawiris, and Al-Wafd Party, also liberal. It aims to win two-thirds of the seats.

The Egyptian Front led by Ahmed Shafiq, Mubarak’s last premier, is another key coalition, and the openly pro-Sisi Salafist Al-Nur party that backed Morsi’s ouster is the only Islamist party standing.

Any run-off in the first phase of the polls will be contested on October 27-28, while the second phase in the remaining provinces starts November 21, with more than 28 million eligible voters.