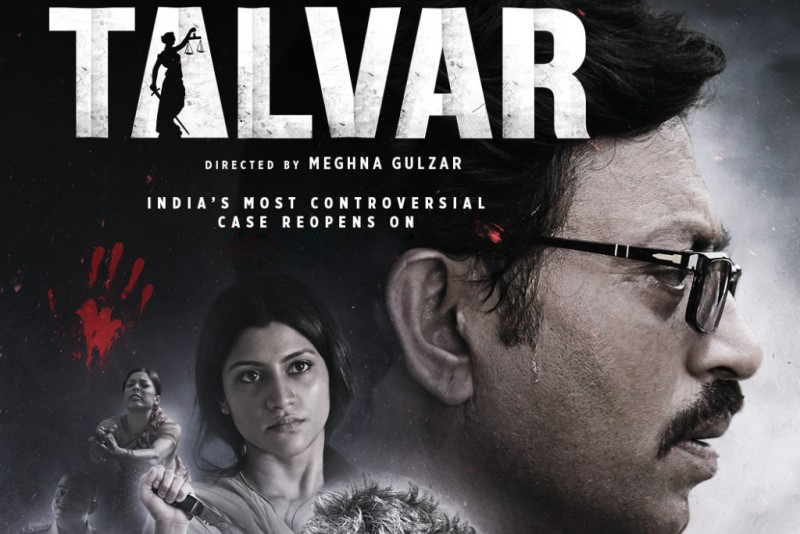 Life has its own twists and turns. Sometimes we can pre-empt those and sometimes we have absolutely no clue as to what is in store for us. And when life stops playing this peekaboo, we don’t really like it and find it quite monotonous.

Curiosity is innate in human nature and we always want to know what will happen next. When there are crimes in the society, especially those which are picked up and narrated couple of times by the media, we get more involved into it. If there is a murder mystery, knowingly or unknowingly, we start playing the Sherlock Holmes ourselves.

This is what precisely happened when cases like Aarushi-Hemraj double murder and Jessica Lal murder caught the attention of the media. The cases made headlines constantly. Aarushi Talwar and Jessica Lal became household names and the filmmakers decided to make these cases the subject matter for their films.

After the cases were made into films, the trial got revived in the minds of the people (audio-visual storytelling has a greater impact) and also became the point of debates and discussions in the media ‘primetime’.

When Raj Kumar Gupta’s ‘No One Killed Jessica’ released, people started talking about the case all over again, trying to understand the sequence of events that led to her impulsive murder.

After watching ‘Talvar’ when I came out of the theatre I noticed a lot of hustle bustle amongst the people. Some of them were discussing the new insights they got into the case while few others seemed to have got confused.

“I loved the film. After the media reports, I almost started believing that Aarushi’s parents are the main culprits but now I know that they are not. The sequence of events is coherently displayed in the film.”
– Shrutika Kapoor, Student in clinical psychology.

“Since the time the case got unfolded in the media, I have been confused as to who could be the real killer and after watching the film I am even more confused.”
– Ashwin, HCL technologies.

“I think the film has taken a very balanced approach to the case and I loved it.”
– Anshuman Khurana, MBA student

Author and noted film critic, Anna MM Vetticad believes that the impact of the film is dependent on the timeline when it is released.

“The influence that a film based on a real-life crime is dependent on the nature and scale of the film, the scale of its promotions and the timing of its release. Clint Eastwood’s American Sniper, for instance, had huge potential to impact US Navy SEAL Chris Kyle’s murder trial because it was designed as a mass-appealing commercial venture, it featured major mainstream stars and it was released just 2 months before the trial.”

“On the other hand, Meghna Gulzar’s Talvar is limited in its potential to influence by the fact that it is not designed as a massy, star-ridden entertainer, it has not been extensively marketed and it has been released long after the Aarushi Talwar murder case has receded from headlines. That being said, Talvar could certainly play a small part in influencing the public discourse on the case in the run-up to Aarushi’s parents’ appeals against their convictions.”

– Anna MM Vetticad, Author of ‘The Adventures of an Intrepid Film Critic’.

Filmmakers put in a lot of hard work to put up a captivating, well-cooked story with a coherent plot, and effective shot sequences. A lot of times, we as an audience get completely swayed by their films or documentaries but do we get spell bound to an extent that we can psychologically relate with the real case on which the film is based?

Does that alter our perception about the case that we might have known for years before watching the film? Well, I guess the best way to figure out is watch another film.