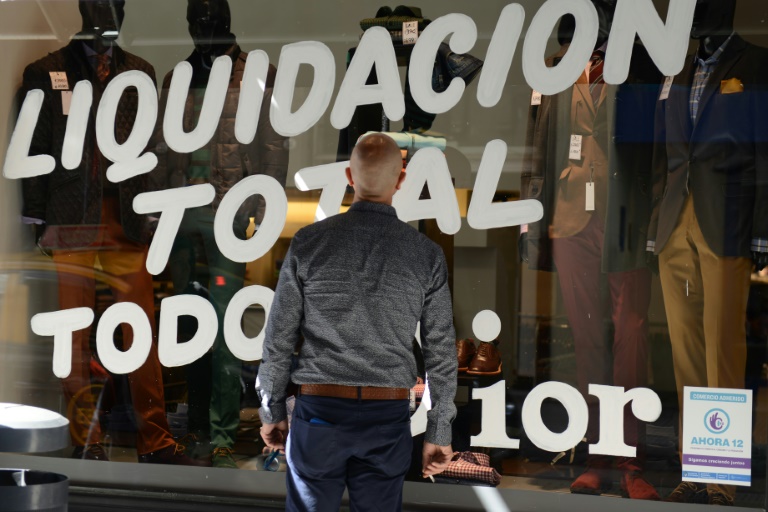 Argentina’s next president will inherit an economy dogged by chronic inflation, but voters have grown so used to it they hardly seem to care.

Spiralling prices have come to be seen as normal in Latin America’s third-largest economy, where annual inflation has stood above 20 percent for the past eight years.

“Sure, living with inflation is a problem and it always will be — otherwise this wouldn’t be Argentina,” joked Mercedes Salto, 58, who plans to cast her ballot on October 25 for Daniel Scioli, the candidate of the left-wing coalition that has governed Argentina since 2003.

This year’s inflation figure — around 30 percent, analysts forecast — is low compared to the hyperinflation crises of the 1970s and 80s, when Argentines’ salaries got decimated before they could even cash their paychecks.

Argentine leaders have a history of printing money to fund populist programs, which has often come back to haunt the country in the form of hyperinflation.

In 1975, the inflation rate hit 100 percent a day, and in 1989 the annual rate reached 1,923 percent, sparking riots that forced president Raul Alfonsin to resign.

But Argentines have become inured to spending money as they earn it so its buying power doesn’t shrink.

Credit plans that let shoppers buy products in fixed monthly installments are hugely popular, while parking money in the bank is seen as a loser’s bet.

With a week to go to the vote, which will turn the page on 12 years under President Cristina Kirchner and her late husband Nestor, inflation barely registers as an election issue.

“Argentines always vote our pocketbooks, but this time inflation isn’t on the campaign agenda because people don’t see it as a serious problem, even though it is,” said Juan Germano, head of consulting firm Isonomia.

Annual inflation came in at 23.9 percent last year, according to government figures — though private research institutes put it at around 35 percent.

This year it is forecast at 15.6 percent, according to the government.

The price of bread has soared 300 percent in seven years and Argentina’s world-famous meat has got so expensive the country has lost its title as the top beef consuming nation.

And high prices are weighing down the real estate market.

“Apartment sales have been dead for the past three years. But high-priced rentals abound,” said Matias Carrera, a real estate agent in the upscale Buenos Aires neighborhood of Palermo.

The state also mandates regular salary increases for every sector to keep pace with inflation.

The administration “has promoted consumption-friendly policies, increases in pension payments, mandated pay raises and subsidies that have contributed to creating an atmosphere of well-being that wins votes for the ruling coalition,” said Juan Pablo Paladini, head of research at consulting firm Ecolatina.

But pharmacist Ana Castillo is unimpressed.

“All this government intervention, plus social subsidies that generate more public spending but no jobs, aren’t helping this country get ahead.”

Analysts predict whichever candidate wins will have to undertake reforms to kick-start investment and rein in a deficit that stands at six percent of GDP.

The government forecasts economic growth of three percent next year, though the International Monetary Fund is predicting a 0.7-percent contraction.

Whoever wins at the polls, inflation looks set to get worse next year.

The Argentine peso is overvalued at an official exchange rate of 9.49 to the dollar. On the black market, the rate is nearly 16 pesos to the dollar.

A devaluation looks increasingly inevitable, which will only drive prices higher.

Never mind who wins the presidency “is going to have a short honeymoon,” predicted Germano.