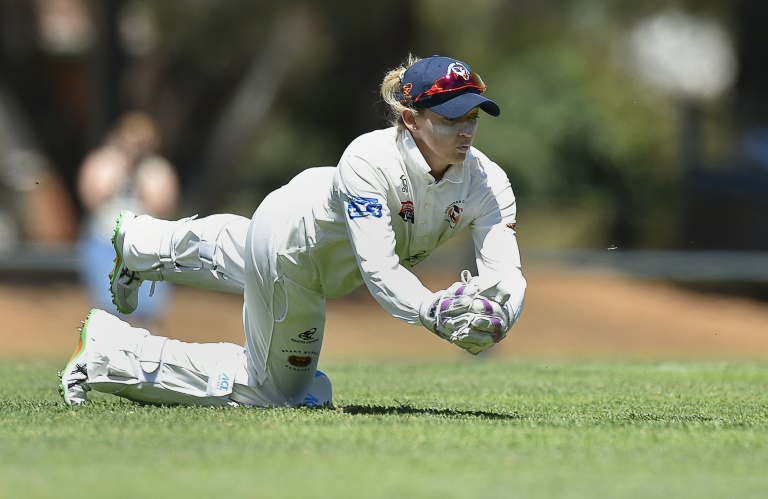 England international Sarah Taylor made history Saturday by becoming the first woman to play men’s grade cricket in Australia, but it was a hard slog in the field for her team.

The 26-year-old appeared as wicketkeeper for Northern Districts against Port Adelaide at Salisbury Oval in South Australia’s premier men’s competition.

Northern Districts won the toss and put Port Adelaide in to bat, only to see them rack up 177 before the first wicket fell.

Ahead of the match Taylor said she was feeling “a combination of nerves and excitement”.

“I’ve always wanted to push myself and check where I’m at in terms of my cricket,” added the veteran of eight Tests, 98 one-day internationals and 73 Twenty20s for England.

“It shows that if you’re good enough, doors will open… I just want to build that respect that I’m not a girl, I’m just another player.”

“As the women’s game becomes increasingly professional there are more opportunities than ever before for elite female players,” he said.

“We are very proud that our women’s domestic competitions are arguably the strongest in the world and our ability to attract world-class players such as Sarah is testament to that.”

Taylor has already signed to play for Adelaide Strikers in the inaugural edition of the Women’s Big Bash League this winter, and is also currently playing 50-over women’s state cricket.