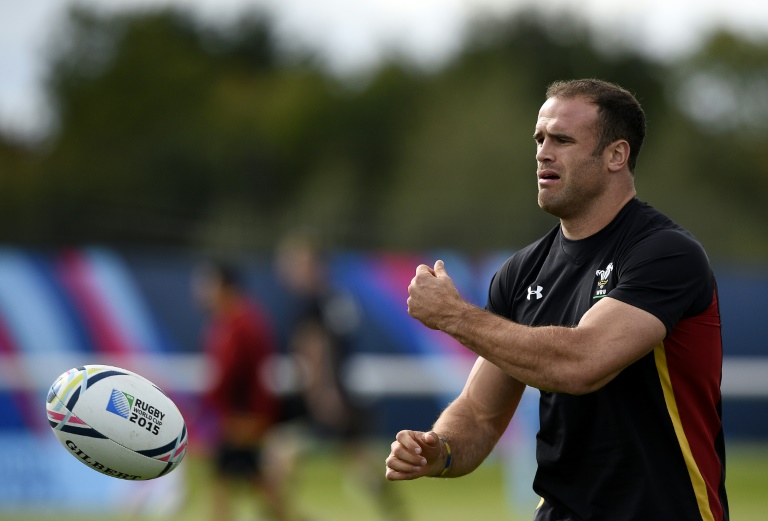 Jamie Roberts has told Wales to expect “physical warfare” when they face South Africa in the World Cup quarter-final on Saturday.

Matches against the Springboks, one of Test rugby’s most powerful teams, can often be gruelling affairs — as Roberts knows only too well.

“The challenge above all else is to get the mind right and put your body on the line for physical warfare,” said Wales centre Roberts.

Now a qualified doctor, as a medical student he found himself spending more time in hospital than even he would have wished during the British and Irish Lions losing series in South Africa six years ago.

“I will never forget the second Lions Test at Loftus Versfeld (Pretoria) in 2009 when there were five of us in the hospital afterwards. That was interesting

“Adam (Jones) came off with a shoulder which took two or three hours to get back in, Gethin (Jenkins) smashed his face, (Brian) O’Driscoll got a clout on his head, I injured my wrist and ended up needing an operation on it and Tommy Bowe hurt his elbow.

“There were five of us in an ambulance after that game going to the hospital. That is what lies in store for us this weekend,” the 28-year-old Roberts, a veteran of 76 Tests — 73 for Wales and three for the Lions — added.

“It’s pretty gruesome, but that is the nature of the game now. You have got to be prepared to put your body on the line and take it to places where you haven’t been before,” said Roberts, a member of the side beaten 9-8 by France in the 2011 World Cup semi-final in New Zealand, a match where Wales captain Sam Warburton was sent off for a “tip tackle”.

“This week, all the players are relaxed, but ready for complete warfare, come the 80 minutes.”

Wales lost 16 successive Tests against South Africa from 2000-2014 but the last of those defeats saw them edged out 31-30 by the Springboks in Nelspruit after conceding a late penalty try.

In the most recent meeting, Wales won 12-6 at Cardiff’s Millennium Stadium in November last year.

But they went back to basics to win their next three matches and top Pool B.

“Having played South Africa many times in my career, you have to match them physically before anything else,” Roberts said.

“The way they play the game, if you lose the battle of the gain-line you are 80-90 percent towards losing the game. They pressurise teams in defence, but their aerial game is huge.

“There is no doubt that when South Africa play like South Africa — and do it well — they are a very difficult team to beat.

“They have gone back to how they play the game best — that’s how they won the World Cup (in 2007). That is the challenge that faces us, but for us to get that win last November was a huge step in our learning curve.”

Wales’ run to the last eight has been plagued by injuries to several backs and Roberts’ will now line-up alongside 20-year-old Newport Gwent Dragons centre Tyler Morgan on Saturday.

Morgan was still a schoolboy when Wales reached the semi-finals four years ago and this weekend he will be winning just his third cap.

But Roberts said: “He is probably mature beyond his years. On the international stage that’s a good sign, young players making good decisions, especially given the number of caps that he has.

“So I think he’s ready for it. He is physical, he is young, he is willing to learn, he is energetic. He has got all the attributes to help Wales win a World Cup quarter-final.”