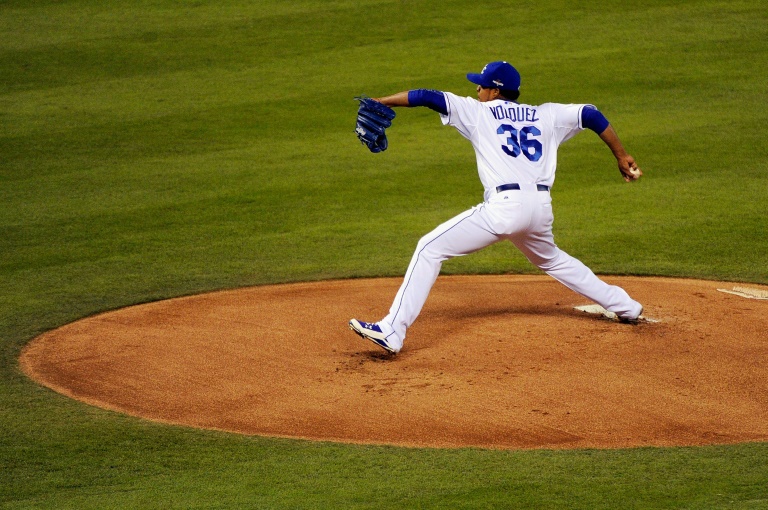 Edinson Volquez delivered six shutout innings and the Kansas City bullpen did the rest as the Royals shut down the high-octane Toronto Blue Jays 5-0 in game one of the AL Championship Series.

The Royals got runs on the board early and then Volquez and his relievers took charge by protecting the lead, something Kansas City haven’t been able to do much of in this post-season.

Volquez went 13-9 with a 3.55 ERA in the regular season. He lost his lone start in game three in the MLB playoff quarter-finals series against the Houston Astros when he gave up three runs in 5 2/3 innings.

The Royals were down by four runs to the Astros in game four on Monday entering the eighth inning. They pulled it out, then clinched the series with a win on Wednesday.

Volquez said he had a long conversation with catcher Salvador Perez before Friday night’s game about how he was going to pitch to the Jays’ explosive offense.

The original plan was for him to throw a lot of inside pitches in game one but after discussing it further they decided to alter the strategy.

“Tonight we were coming from bullpen and we changed the whole game plan,” Volquez explained.

“I was able to stay under control and make a lot of good pitches. The key was to not panic.”

It was not an easy task to limit the Blue Jays to just three singles Friday as they led the league with 891 runs in the regular season — 127 more than any other club. Toronto was shut out only five times during the regular season.

He walked Josh Donaldson to start the inning. Then Jose Bautista wound up drawing a walk on nine pitches.

That brought up Edwin Encarnacion, who struck out looking. Chris Colabello lined out to left fielder Alex Gordon on a full-count pitch. Again, Troy Tulowitzki worked the count full before looking at a 95 mile per hour sinker for a third strike.

The Kansas City crowd of almost 40,000 at Kauffman Stadium loved it. Volquez walked off the mound to chants of “Eddie, Eddie, Eddie.”

With Volquez’s pitch count at 111, Kelvin Herrera took the ball in the seventh. He threw nine pitches, all strikes, in retiring the Blue Jays in order.

Ryan Madson worked around a single and a walk in the eighth and Luke Hochevar capped it off with a hitless ninth.

“I think seeing all those fans in the stands, calling my name, ‘Eddie, Eddie, Eddie,’ and I was like, ‘Come on, I have to do it for them.’ And I did it,” Volquez said.

Estrada, who had the entire country of Canada cheering him on, gave up three runs on six hits in 5 1/3 innings.