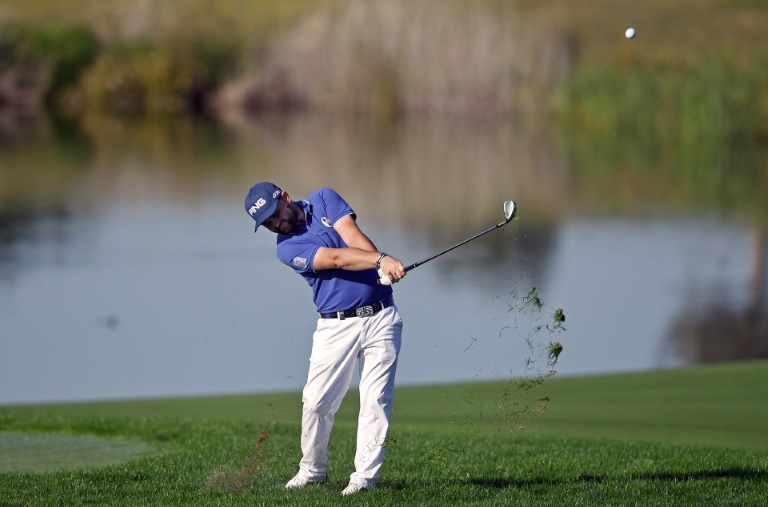 Englishman Andy Sullivan cranked up his bid for a third EPGA title this year when he fired his second straight round of seven-under 64 to move three shots clear at the Portugal Masters on Friday.

A 36-hole total of 14-under at the picturesque par-71 Oceanico Victoria Golf Club put the 29-year-old in command, following perfect early conditions that are predicted to worsen over the weekend.

In January, Sullivan won his first European event at the South African Open and followed that with more success at the Johannesburg Open when he led home the field by two strokes in March.

He stands at 11-under, and finely poised after a 66 to follow his opening 65.

Spaniard Eduardo De La Riva bounced back from three front-nine bogeys to reel off five birdies in eight holes as he lies on 10-under along with Austria’s in-form Bernd Wiesberger.

The Vienna native is already his country’s most successful golfer with three EPGA wins and he got off to a flyer with an eagle at the second before going on to match Sullivan’s second round best of 64, flawed by just the isolated bogey.

Sullivan finished strongly with four birdies down the stretch, including his second in consecutive days at the seventh, where he chipped in from the edge of the green to underline the sharpness of his short game.

“We were just thinking to ourselves just ten feet for par would really be nice.

“To see it go in was a massive relief, not having to have that putt coming back.”

Englishmen Tommy Fleetwood and Anthony Wall are tied for fifth on nine under, and five back.

Belgium’s 2012 Ryder Cup winner Nicolas Colsaerts, who shared the overnight lead with Sullivan, slumped to a second round of par-71 and now lies seven strokes down the leaderboard.

Multiple major winners Martin Kaymer of Germany and Irishman Padraig Harrington both crept inside the cut-line, on two under, but are unlikely to contend with 12 shots to make up.

The bad weather expected on Saturday has forced organisers to begin play at 0800 local time (0700 GMT) in a shotgun format that means groups will begin at the same time from different holes on the course.